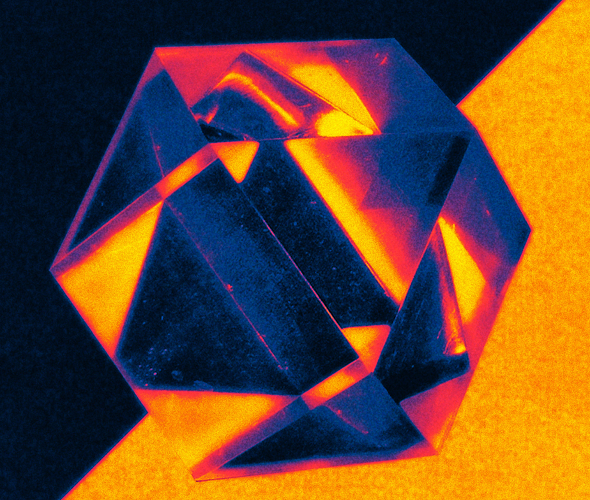 Sound Pellegrino used to exist as a digital-only label at a time where it was damn precarious to do so – just before the great “blog-haus gold rush” of the late 2000’s, an age when artists rose to internet fame overnight and were forgotten just as quickly. It was a brief blip where everyone and their photo blog had a digital label and made t-shirts for it before they released any music – a time when gaining the #1 spot on Hype Machine seemed certain to ensure a long and industrious musical career. Of course, most of these poorly thought out digital labels had the same longevity as an energetic puppy in a minefield. The fact that Sound Pellegrino has endured that era and thrived speaks to the label’s great versatility, but also to its sense of community. The way that they picked up the pieces after the French label Institubes was dismantled while also giving oddballs and newcomers a prominent spotlight felt altruistic – even if the Russian torrent sites got to it before the paying customers, Sound Pellegrino cared enough about the stuff they put out to proudly release it anyway.

But for a label that often prides itself on dance music delivered with a goofy stoner grin (If you haven’t heard vocal-house track “Dinosaurs With Guns”, don’t worry, it’s exactly what you’re imagining), Sound Pellegrino’s 40th release marks a bit of a crossroads: One that isn’t afraid to flaunt a middle finger to the “chin-stroking 14-year-old YouTube-bred musical intellectuals” that Sound Pellegrino founding member Teki Latex sees the current musical landscape marked by, but one that also acknowledges that “great music comes from dialog. Dialog between groove and repetitiveness, melody and rhythm, different places, different aesthetics, different generations, unexpected encounters.” There are waves and waves of unexpected moments in Snd.Pe Vol. 2, which is an absolutely chaotic grab-bag of styles. When a pairing works, however, they work wonderfully.

Dexter and Gant Man (maybe the most eyebrow-raising pairing here on first glance?) gel immediately. Dexter’s spacious and rigidly produced analogue production style effortlessly sets the stage for Gant Man’s laid-back delivery – flowing through ghetto-house inspired punchlines like “in those yoga pants / I gotta watch my hands” without disrupting the vigorous beat of the track. You can hear both artists’ personality shining through, but the result is entirely new. The opposite could be said for Night Slugs artist Helix’s collaboration with HRDVISION – it’s a subdued, ambient little number that drifts along only to dissipate. While Helix’s work as DJ Vague feels engaging in a completely different manner then the rest of his output, “Gmail” feels like the sonic equivalent of a brief spring shower – it’s not bad by any means, just a bit vanilla.

Another highlight comes when Japanese band Crystal pair up with Hyperdub’s Ikonika for “Dream Incubation”, and it sounds like a busload of teenage schoolgirls got loose inMiamiand met up with a Latin Freestyle dance crew. It’s reminiscent of the breezy carefree nature of Ikonika’s Jesse Lanza-featuring “Beach Mode (Keep It Simple), but with the smallest traces of mainstream Japanese pop darting in around the edges. Equally pleasurable is L-Vis 1990’s collaboration with Sinjin Hawke on eyebrow-scorching track “The Pit”, melding James Connolly’s rapid-fire drum machine onslaughts with Sinjin Hawke’s jello-like plasmic oscillations. The end track sounding like a beefier version of last year’s fantastic “Signal” – the presence of an unbelievably large shape approaching rapidly on sonar navigation system. Nicolas Malinowsky & Tommy Kruise’s effort sounds similar to another Night Slugs-related artist -the slinking banshee synths and militaristic percussion of “Disstopia” bringing to mind Kingdom’s “Let U Kno”.

But the difficulty with such a diverse compilation based around the unpredictable act of collaboration is that there will certainly be a few misfires. If Truncate and TWR72’s “Frame” fails to move you, it may be because there’s not much distinguishing it from a legion of other unblinking techno tools flooding the market these days. Teki Latex’s guide to his passive aggressive relationship tendencies (the Eeros Johannes-produced “Things That I Do”) seems to be almost daring you to hate it – while there are some mildly amusing one-liners throughout, the ultimate mood comes across as narcissistic and self-congratulatory, a feeling that’s not helped by the jilting, disjointed backing groove.

That said, it’s easy to criticize such a compilation for lacking a “cohesive musical vision”, but that’s never what Sound Pellegrino’s been about. So drink in the weirdness, submit to the curiosity, and revel in the fact that Sound Pellegrino probably has your favourite Ostgut Ton artist lined up to do a West Coast hip hop collaboration with Kyary Pamyu Pamyu next winter.