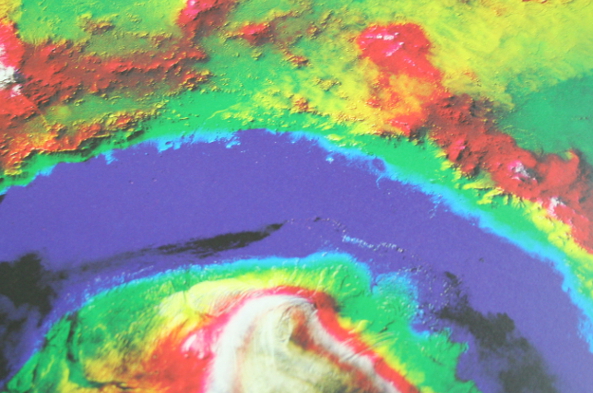 Releases from Meakusma, RVNG Intl, Off Minor Recordings and Izwid are among those selected this month.

As a label, Berceuse Heroique have clearly put more emphasis on the impact of the music they release as opposed to dressing up their records in fancy illustrations, with the politically loaded A4 inserts that have accompanied each Berceuse Heroique record thus far having done a fine job of establishing the label’s aesthetic. The archivally-minded sister label ΚΕΜΑΛ is different, dealing in contemplative music that seems well suited to the act of gazing at the gatefold sleeves which have been presented in typically opulent style by Will Bankhead. Whilst the Theo Parrish record on TTTSSPLC featured some high profile design from Fergus ‘Fergadelic’ Purcell, it was overshadowed by the return to The Trilogy Tapes of Willie Burns, which featured perhaps the most distinctive illustration from Bankhead yet.

We are big fans of Orpheu De Jong here at Juno Plus – we even got him to design one of our club night flyers – and his work on the latest release from Off Minor Recordings was a perfect example of why the Dutch designer is so highly rated. Vividly colourful with eye-catching illustrations on both sides, the Tiny Breadcrumbs EP by Magic Mountain High was also notable for all the little touches that make a record that more visually appealing; a medallion with MMH written on it, a printed spine, and bold text among them.

Given that the Georgia pairing of Brian Close and Justin Tripp count music production as just part of their creative repertoire alongside motion graphics, music videos and other visual projects (for artists like David Byrne, Lee Perry and Julia Holter), it’s perhaps not surprising that the duo chose to take full creative control of Like Comment, their new album for the Meakusma label. Much like De Jong’s aforementioned work, there is just so much little detail within the bigger picture on both sides of the album sleeve that it’s quite hard to put it down.

Justin ‘Kutmah‘ McNulty is known mostly for his diverse selections, production work and curating the odd compilation for a label owned by a much loved closetalker, but his talents extend to the visual medium and have been on show as far back as the cover art for a 2006 LP by Pharcyde’s Fat Lip. Having uncovered the uniquely soulful talents of Seven Davis Jr. last year, Kutmah’s decision to unleash some of the LA-based artist’s archival work on his own Izwid label was made all the more special by his own accompanying artwork.

Many words have been written here and elsewhere of the fine creative understanding and willingness to better themselves shared between RVNG Intl and design agency Will Work For Good. Some more should be said in honour of the finished sleeve for Chorus, Holly Herndon’s excellent two-track return to RVNG, which featured a debossed, multi-spine finish that isn’t done full justice by the two dimensional medium of photography. Zeke Clough and Sam Shackleton are another pair whose ongoing creative relationship seems to result in something special with every release, even if this happens on a more sporadic scale. This much can definitely be said of Freezing Opening Thawing with some vividly psychedelic illustrated cover art from Clough that set the tone for how Shackleton’s music unfolded within.

Mika Vainio’s latest album as Ø for Sähkö Recordings was presented in typically luxuriant fashion, and like previous long players under this name, the sleeves for Konstellaatio featured visual input from the celebrated producer himself and Sähkö founder Tommi Grönlund. Equally fitting was the sleeve design for Music From Memory’s second release that focused on the ambient experiments of Italian composer Gigi Masin. Like the Leon Lowman retrospective that MFM launched with last year, Talk To The Sea is made all the more special thanks to the design input of David McFarline and his Commission agency.