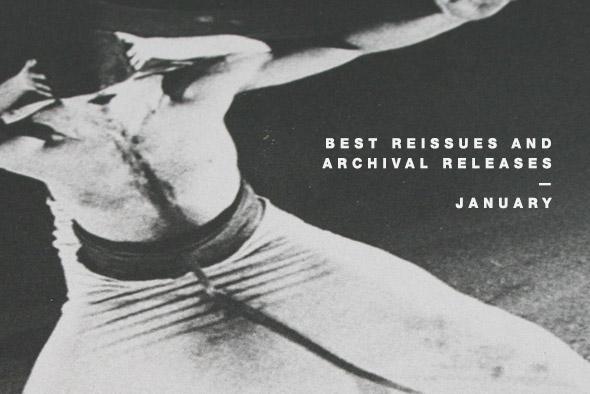 We kick off a new monthly feature with reissues from Charles Hayward, Big Ben Tribe, Roland Young and more.

Despite the fact that we often listen to and buy many of the dozens of reissues that pass through our hands every month, it’s fair to say that this isn’t often reflected the amount of attention they get at Juno Plus. Sifting through the huge number of new records that come out every month is a difficult enough job without bringing old records into the equation, so as a means of redressing the balance we have decided to start a new monthly column dedicated to them in much the same manner as our monthly Best Record Sleeves round ups.

Rather than go overboard trying to list every single deluxe reissue or opportunistic bit of repressing, we’ll be sifting through to bring a handpicked selection of our favourites, which this month takes in Haitian music, a lost Italo disco gem, some classic UK garage, lo-fi synth pop from the 1980s and vintage Charles Hayward material given a fresh lick of paint from some well-chosen remixers. 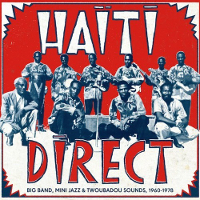 Although all eyes will be on Strut for next month’s Dance Mania retrospective Hardcore Traxx: Dance Mania Records 1986-1995, this compilation offers a much needed overview of Haiti’s considerably less well surveyed music of the 1960s to late 1970s. As one of the men behind London’s Sofrito parties, and curator of the Tropical Discotheque and International Soundclash compilations, also on Strut, Hugo Mendez is well placed to pick the music for this expansive 2LP & 2CD compilation.

The most striking thing about Haiti Direct is just how unlike anything else in its nearby geography the music sounds. Despite Haiti’s relative proximity to Jamaica and Trinidad, and the shared African roots present in all their respective genres of music, the fusion of jazz and big band instrumentation together with elements of a more European quality make it one of the more unique collections of Caribbean music for some time. Like the brilliant London Is The Place For Me series from Honest Jon’s, which has explored the music of London’s young black community in the 1950s in great depth, it’s the snapshot of totally underrepresented treasure trove of culture and music that makes this as essential a historical document as it is listening experience.
Listen/buy vinyl 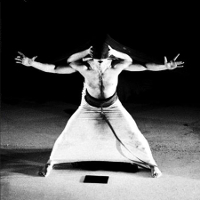 For those who don’t know, ΚΕΜΑΛ is the reissue arm of the Berceuse Heroique label, one of our top ten labels of 2013 and a label which has already issued Music Of The Fire Walkers,  a vinyl issue of rare CDr of Greek folk music from 1979. Smell Of Metal is something quite different, being a pair of tracks from Skew-Whiff, an album inspired by the works of Mark Rothko that This Heat drummer and experimental musician Charles Hayward released on the Belgian label Sub Rosa in 1990. Even still, the music selected offers some kind of hint as to where ΚΕΜΑΛ could be heading in the future with its shared appreciation of organic, free flowing rhythms. Definitely one more aimed at the DJs than the ritualistic folk of Music Of The Fire Walkers, the two tracks selected for inclusion across the first 12” of Smell Of Metal present a mixture of dub, punk and industrial rhythms that more adventurous selectors will make great use of.

Like Music Of The Fire Walkers, the second ΚΕΜΑΛ EP comes in a gatefold sleeve (designed by Will Bankhead) with a second 12” featuring some remixes from particularly well-chosen producers. JD Twitch presents what we think must be the first “Optimo Espookio” remix, taking the concept of their famous Sub Club Hallowe’en parties into the musical realm. Rather than camping things up though, his remix of “Lopside” accents the more stark rhythmic qualities with a synth-based Giallo horror twist. Even more striking is Maxmillion Dunbar’s remix of the title track, which cutting the rhythms into a skeletal wireframe arrangement pitched somewhere between his contemporary boogie arrangements and stripped-back drum & bass.
Listen/buy vinyl 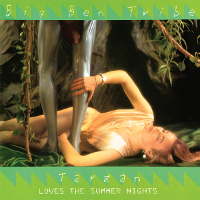 Such is the prolific nature of San Francisco-based Dark Entries’ output we predict it would be easy to fill this column with their reissues on a monthly basis. Although this month also saw the release of the first in their dedicated 12” series from Italian synthpop act Victrola, and Belgian coldwave outfit Lè Travo’s debut LP Erring and Errant, it’s this unique piece of lost Italo disco that peaked our interest the most this month.

Although they have a name like a feral sect from some imaginary dystopian 1970s British sci-fi novel, the criminally under-prolific Big Ben Tribe emerged from Trieste and put out only three records during their short career, including this one on Gong. It’s difficult to put a finger on just what makes “Tarzan Loves The Summer Nights” so appealing, but the fact that vocalist Roxy sounds like a Europop version of Kate Bush might have something to do with it. B-side “Tarzan” offers a dub version of the track sans vocals, but if you’re not enjoying the Mills & Boon-level lyrics of the female narrator’s fantasy about living in the jungle with Tarzan, you’re not doing it right.
Listen/buy vinyl 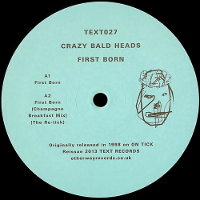 Kieran Hebden seems to spend most of his days at the moment shouting angrily at Soundcloud or crusading against Spotify on Twitter, which is a shame, because when he pays attention to his Text label it puts out some really great stuff. Although Text has predominantly been used as an outlet for his own solo material it isn’t limited to that – see the numerous Burial collaborations and fine tracks from Rocketnumbernine and Daphni for proof of that – but the First Born EP from ‘90s garage outfit Crazy Bald Heads is his first foray into the realm of reissues. Those who are familar with Hebden’s excellent Fabriclive mix will recognise the title track from the opening minutes, and it appears here together with the two other tracks on the original version from 1998.

Even though “First Born” stems from a point in the timeline of UK garage just before it would chart success would drive it into what would eventually become a commercial dead end, it’s still very odd for a garage track, with flute sample, colliding vocals and generally lopsided 2-step rhythm that go considerably against the grain. The Lullaby In Dub version, which applies the same samples to a dub reggae mood and deep house groove, and Champagne Breakfast version, which take the structure into increasingly abstract territory just prove further that the Crazy Bald Heads, whoever they are, were pretty special. Interestingly, one Discogs commenter suggests that Crazy Bald Heads are in fact an early alias of Will Bevan before he started releasing music as Burial. Obviously any statements of the identity of Burial should be taken with a pinch of salt, but given the date of release, the obvious trajectory and the fact that Hebden and Bevan went to the same school and did a remix of the track in 1998 (included here on the reissue) it’s hard not to be caught up in thoughts of “what if”.
Listen/buy vinyl 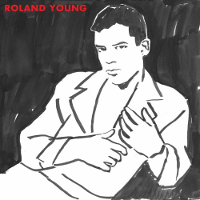 When classically trained jazz clarinetist Roland Young recorded experimental jazz record Isophonic Boogie Woogie in 1980, he was a committed clubgoer who lived in the heart of New York during the heyday of the Paradise Garage, a story told earlier this month in a fascinating interview with The Guardian. With the prevailing narrative of New York artists from this period inspired by the grooves of disco seemingly constantly skewed towards Arthur Russell and his contemporaries and the city’s no wave scene, all credit must be given to the fledgling Palto Flats label for culling material from Young’s 1984 I-Land 12” and the subsequent 1987 LP Hearsay Evidence on the Hearsay I-Land LP to offer a slightly different side of the city’s underground music during this period.

Already a front runner for archival release of the year, the material here is split between crooning pop balladry, ’80s soul and lo-fi disco aimed at the dancefloor – the 303 and 808 combo of the chugging “Ballo-Balla” is pitched so perfectly between acid and skewed synthpop it’s hard not to use the descriptor “outsider house”. The production on his more floor-focused tracks is undeniably rough – think a more rickety Funkineven recorded on an old four-track – but unlike the clean, angular lines of the minimal wave sound from the same era that have been well mined, Young’s rubbery production and woozy chords have a softness to them that offer an interesting alternative to the more accepted idea of 80s synthpop. However, it’s Young’s heartfelt vocal delivery that makes his music what it is, especially on alternate universe pop classics like “Go Away” and “It Hurts So Bad” – it’s perhaps only because Young’s woozy production and overly earnest delivery has been used by the likes of Ariel Pink for aesthetic purposes that it sounds like it could be a self-aware parody. Don’t let that put you off – Hearsay I-Land is brilliant.
Listen/buy vinyl