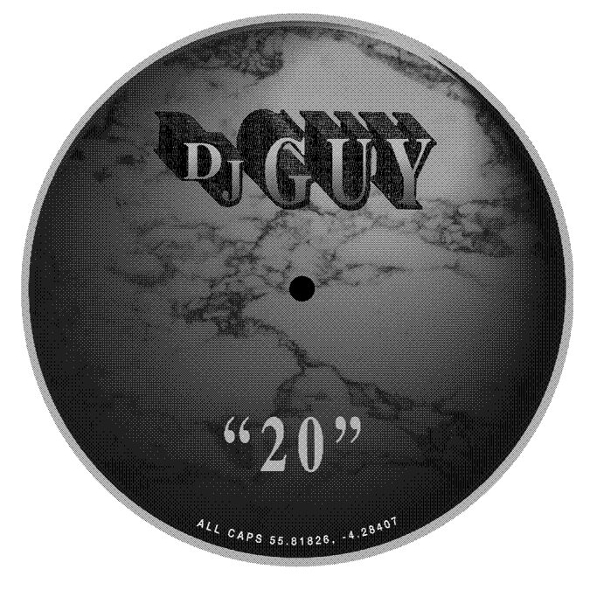 The fourth release on the Glaswegian label is finally due next month.

Borne out of the radio show of the same name hosted by Bake, Ryan Martin and Matthew Muir, All Caps first surfaced in late 2011 with the Representations EP from Mancunian producer Alex Coulton, and the label’s subsequent output has seen it welcomed into Glasgow’s proud and long-running techno lineage. Seemingly operating on a one-release-per-year basis, All Caps output thus far from Helix and Kowton has offered a grime-focused slant on techno, though the label are set to implement a more archival approach on their long-promised fourth release.

Due out next month, 20 / 81 / 05 was first described to us in an interview with Bake last spring as “techno recovered from the depths of the ’90s,” and shines the light on DJ Guy, aka unheralded Cardiff-based producer Guy Evans. Drawn from the producer’s vast archives of unreleased material, all three tracks from the forthcoming record have been available to preview on the All Caps soundcloud for a few months now and already have the sacred Ben UFO seal of approval. Excitingly, it seems that All Caps operations will be gathering speed this year, with a fifth release on the label promised in the coming months from Aquarian Foundation’s Bluntman Deejay.