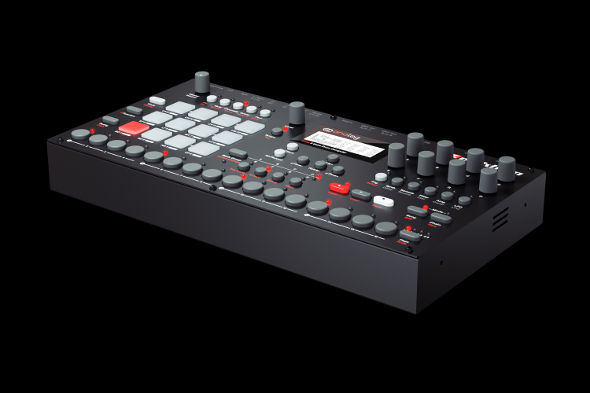 The Swedish company have unveiled their latest product, an analogue drum machine with sample playback.

Elektron have been particularly busy of late, expanding its digital range of drum machines, samplers and synthesizers into the analogue realm with the release of both the Analog Four synthesiser module and the Analog Keys in the last 12 months. The company have now revealed full details of its latest product, an drum machine going by the name Analog Rytm, which offers an analogue alternative to the company’s popular Machinedrum unit.

Although the Analog Rytm comes equipped with Elektron’s highly regarded step sequencer technology, the new addition is set apart with its eight analogue voices, which are apparently “fine-tuned for generating specific analog drum sounds”. In addition to the 12 backlit velocity and pressure sensitive drum pads, the unit also supports sample playback. The Analog Rytm also comes equipped with reverb and delay send effects, as well as analog compression and distortion in the master channel for beefing up the final sound. Those wishing to check out the Analog Rytm’s capabilities can do so via the video below.