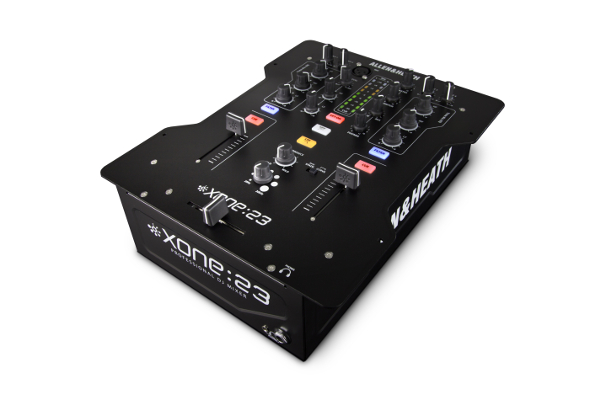 The company updates its two-channel DJ mixer with an enhanced Xone filter with resonance control and other features.

The freshly announced Xone:23 looks to be an update of the company’s popular Xone:22 mixer, whose affordable two-channel design has provided the company’s entry-level solution since its release in 2009. Like its predecessor, the Xone:32 has both high and low pass filters, an effects loop for connecting third party effects units, dedicated XLR outs for the main mix and three bands of EQ featuring total kill.

Unlike the Xone:22 however, the Xone:23 comes complete with an enhanced version of Allen & Heath’s Xone filter complete with resonance control, and features a case styled on the company’s high-end Xone:DB4 mixer, complete with soft touch backlit controls, light-piped meters and a new shaped steel faceplate. Those wishing to see the unit in action can do so via the video below, while full specifications can viewed at the product’s webpage.