Society Of Silence – To The Maggot EP 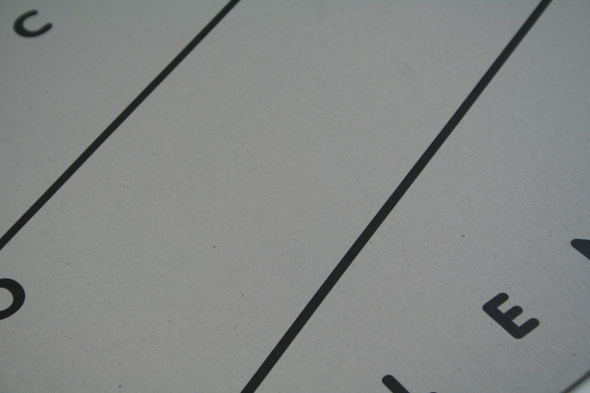 Before 2012, the music associated with the name Society Of Silence belonged to 1987 synth pop chancers Jerome Des Arts and Phillip Degünther, whose track “Children” on influential German label Bellaphon was the pair’s only attempt at chart success. Now, unless those two are making a storming, ruff analogue house and cavernous dub techno return to production, the SOS name belongs to Parisian duo Benoît Legrain and Nicolas Villebrun. To The Maggot is their second transmission for Versatile Records and follows a recent string of quality records the French label has released, notably, label head Gilbert Cohen’s split 12” with DJ Sotofett and the successful Acid Arab series.

In comparison to their Versatile debut Unijambist, this record sees Society Of Silence venture into darker, moodier, and slightly cavernous territory. The title track’s complement of jangly percussion, what sounds like sampled analogue kick drums, and that attention seeking vamp of white-noise given a heavy phase and filter treatment has all the trademarks of a slamming Kyle Hall track; only this mix sits well inside a wonted framework of traditional house and techno production practices.

Moving on, woofing noise pulsations side chained to a deeply filtered kick drum sequence in “Styx” provide an undulating sub-rhythm to the track’s dubby opening passages, before wetted percussion does its job of complementing development. Shimmering waves of synths then pass over the track like a mass-fever of stingrays gliding through warm, light-reflective tropical water, which in parts paints a pleasant picture, but leading up to that moment, sounds more like a booming Dadub manoeuvre, minus the shamanistic narrative.

Owning the B-side is “Slow Night Rate”, which features a similar hip hop-housey vibe of Traumprinz’s Mothercave LP alongside sounds similar to Vester Koza’s aqueous house music, most specifically “Mosquito” from his debut self-titled EP. What can be said with confidence about the duo’s new three-track after dissecting its possible inspirations, subtle production techniques, and matched similarities, is it’s a package capable of appeasing listeners of deeper, dubbier techno, as well as those looking for a rougher house supplement. There’s an adolescent, yet accomplished feel to some of the productions which overall demonstrates Society Of Silence are versatile, and other than providing the French label with an obvious pun, To The Maggot demonstrates how Gilbert Cohen’s operation continues to live up to its name 17 years after its first release.