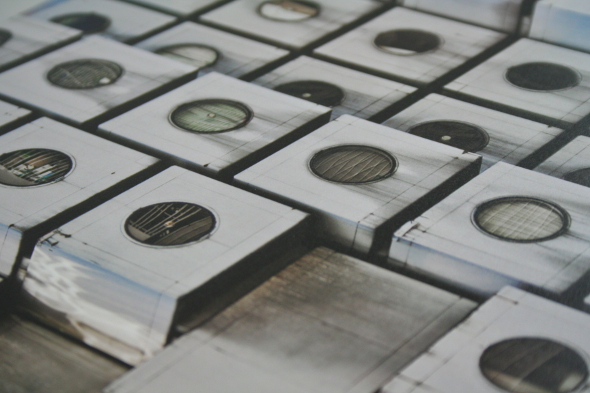 It was only a matter of time before this hook-up came to pass, and the only surprise is that it didn’t happen sooner. For the uninitiated, John Heckle is the hardware-loving UK producer who is responsible for a series of visceral, Chicago house-influenced EPs and albums on a myriad of labels, most recently the excellent Desolate Figures on Tabernacle. M>O>S Recordings is the brain child of Aroy Dee, the hardware-loving Dutch producer whose productions and label bring together the classic sounds of Detroit and Chicago. So what happens when these two forces meet?

Judging by the first track, Heckle is sticking to what he knows best. “Cactus Jack” is a ferocious affair, with a volley of doubled up drums and thunder claps providing the basis for the kind of wild acid lines last heard on a sleazy, badly-pressed Fast Eddie record. And yet amid this primal jack, from beyond the crashing snares there emerges a synth so dreamy that it could have been one of Aroy Dee’s own making. “Birds With Vertigo” tells an even darker tale. Although the drums chatter with less intensity, the hi hats are relentlessly driving; coupled with bleak bass licks and a deranged vocal sample on repeat, “Birds With Vertigo” may be more understated than “Cactus Jack”, but ends up sounding deeply menacing. Perhaps conscious of his surroundings, Heckle does make a concession on the title track.

In stark contrast to the other tracks on the release, “Baiyun Mountain” is slower, deeper and more relaxed. It shows that Heckle isn’t limited to rhythm tracks, even though these are superior to 99% of his peers’ output, and is able to sculpt the same kind of frozen synth scapes that Dee is known for. “Baiyun Mountain” may even provide a hint as to where the precocious Heckle is headed to next; until that comes to pass, it won’t be hard to be satisfied with its rugged but picturesque terrain.

A1. Cactus Jack
A2. Birds With Vertigo
B1. Baiyun Mountain