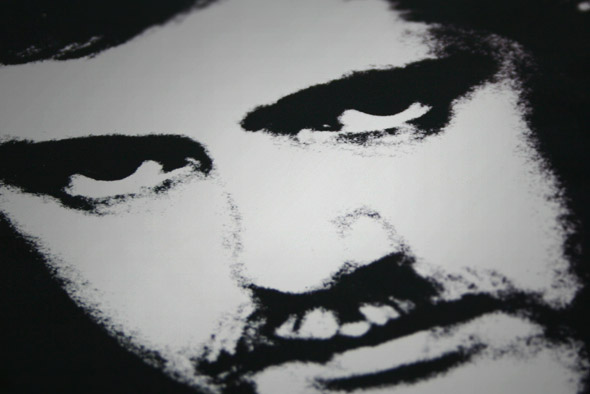 Although Cowley is known for his disco productions, he showed an interest in electronic experimentation from a young age, studying music at the City College of San Francisco where he developed his synthesizer skills, and founded the Electronic Music Lab. It is the early music from Cowley’s college days that make up this release, which was then adjusted by the Fox Studio owner John Coletti, using a variable speed oscillator to synchronize the music to the scenes of the films.

“Zygote” starts with full force, in the same spirit as some of Cowley’s famous Hi-NRG disco workouts, but instead of setting the pace for the album, the track stands alone and is followed by a number of incredibly bizarre and far-out recordings. From the onset, synths are rich and earthy in quality, with bright cosmic tones that flicker above bellowing bass. “Nightcrawler” is as dark and mischievous as its name suggests, as tiptoeing synths meet oddball electronics.

“Seven Sacred Pools” is a stunning piece of music; patterns of repetition are topped with rugged bass, unexpectedly falling into a Tangerine Dream-like trance. “Primordial Landscape” brings forth synth reflections of murky trip-like quality, with sounds that are so strange, it feels like they must have been drug induced, whereas “Tides of Man” closes the album with carefully strung arpeggios that propel the track forth with rigorous strength.

The School Daze reissue came together after years of hunting and detective work from Dark Entries and Honey Soundsystem that first started back in 2007. It’s a release that pays homage to Cowley’s strange creations that go beyond his disco hits, a release that could have easily been lost in the garage of Fox Studios. Notably all proceeds of the album are being donated to the AIDS foundation, helping efforts to cure the disease that took Cowley’s life many years ago.