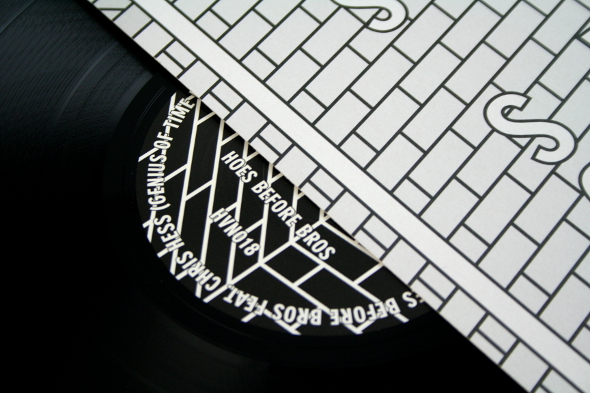 John Talabot’s Hivern Discs has been building an impressive reputation for some time, but 2013 was arguably the year the label came of age. Although the Barcelona-based imprint’s releases have been sporadic over the last 12 months, they’ve never been anything less than impressive. They’ve touched on many bases, too, from the saucer-eyed, dreamy positivity of Aster’s “Cielo” (backed by a typically bumping, no-nonsense remix from hipster revivalists Bicep) and warm analogue fuzz of New Jackson’s woozy deep house gem “Sat Here Waiting”, to the robotnik rhythms, new wave vocals and darkroom pulse of Legowelt, Marc Pional and Henrich Mueller’s remixes of Fasenuova’s “Cachita Turulo”.

Proof of the label’s current standing was recently confirmed by the decision of Young Turks to ask Talabot’s label to provide a quartet of remixes of tracks from The XX’s second album, Coexist. Here, Talabot rounds off another successful year by introducing another previously unknown artist, Michael & Mattis. The information given about the duo is sketchy, at best, but we do know that it is the work of two pan-Atlantic producers; an American, based in New York, called Michael, and Oslo-born Mattis.

Hoes Before Bros is a confident debut. Their sound is a little difficult to pin down, and even more difficult to predict. The title track impresses most, built as it is around a dubbed-out, off-kilter drum break, densely layered samples, woozy chords, dreamy melodies and a killer vocal seemingly lifted from a blues record. Given the Norwegian connections, it’s hardly a surprise that delays and reverb play a key role, but elsewhere it’s tricky to pigeonhole. It’s certainly an emotionally rich track, one that dazzles with its warm atmospherics and surprises with its rolling, head-nodding rhythm. It doesn’t sound like a dancefloor destroyer in waiting, or enveloping home listening fodder for that matter, but something else; you can dance if you want to, but it’s not essential. Either way, you’ll be impressed.

“Holy Moly” ups the tempo, building the action around a tight but baggy house breakbeat, nagging bassline, rubbery stabs, bold low-end pianos and woozy electronics. It’s a little more obviously dancefloor inclined, and delivers the sort of hip-hop influenced groovery that doffs a cap to hip-house while steering clear of it completely. It’s attractive and addictive, whilst remaining a little unusual. Pleasingly, there are also plenty of surprising turns, and enough deep house dreaminess to appease the heads.

Perhaps most impressive of all is “Hokey Pokey”, a slower jam that somehow melds more hip-hop influences with chugging, slo-mo acid, swirling, high-pitched strings and some serious analogue wonkiness to excellent effect. As with its predecessors, there’s just the right amount of smile-inducing melodies amongst the grittiness. Where it sits in comparison with contemporary trends is anyone’s guess; it is, though, an enticing proposition.

An impressive package is completed by the now obligatory remix. This one, of the EP’s title track, comes from Genius of Time, an act who seems to have lost its mojo a little since releasing the superb Drifting Back EP on Clone’s Royal Oak offshoot back in 2011. Their remix, all bouncing rhythms, tumbling late night electronics, wonky effects, intoxicating Middle Eastern melodies and foreboding vocal samples, offers a superb alternative to the original. Atmospheric but addictively groovesome, it’s the most straightforward dancefloor moment on the EP, though you could hardly accuse them of playing it safe. It encapsulates all that is good about Hoes Before Bros, and Hivern Discs’ miraculous 2013.