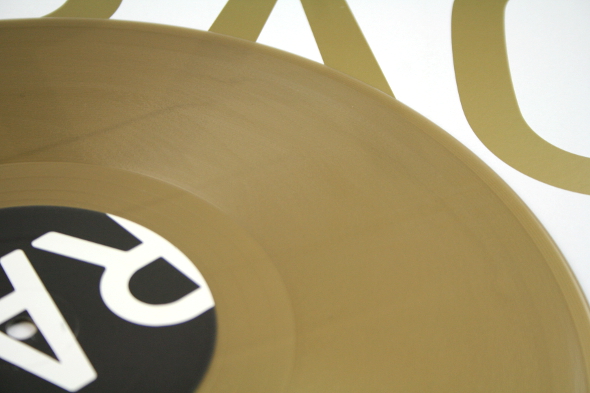 With a line-up as heavy hitting as theirs, it’s no wonder that R-A-G have such a gutsy sound to their productions. The M>O>S affiliated supergroup are positively bristling with analogue techno superpowers, from Aroy Dee to GString to Marco Spaventi, and so it’s a wonder that their tracks don’t wind up in a clashing of studio hardware flexing that overshadows the purpose of making music collaboratively.

Fortunately, that couldn’t be further from the case, and following on from the recent Vacuum EP R-A-G are back in business with this sturdy 12” entitled Life. Ensuring there is no risk of feeling short changed from the record, we’re treated to three tracks that strike in very different ways, drawing on the strengths of the assembled producers for new results each time.

Going on the past form of the group, “Disorder” gleefully taps into their most fist-shaking qualities as found in the likes of “Rage”, except here there is a purposefully dark tone at work. The central riff is a wonderfully discordant one that instantly pits this track towards the darker-minded dancefloors, not to mention hitting with the kind of staccato brawn that belies an industrial influence. Meanwhile rasping reverbs, eerie string synths and scattershot claps all pile in to exacerbate the energy of the track, and yet this is no knuckle-headed brawler. As the track winds through its second half, the pads start to massage some soul into the growling bastard-electro of the lead synths, artfully rounding the track out into a fully-formed masterpiece of peak time power music.

“Repression (Spaventi Tape Edit)” is an instantly calmer beast, with a plaintive arpeggio running through the middle of the track and haunting tones fluttering around the mix accordingly. It’s a track that shows remarkable poise for three adept hands at the controls of lord-knows-how-many studio toys, as the track builds with tender touches of percussion and effects. There is still a strong current of techno powering this action, but it’s realised through patience and atmosphere rather than the brutal impact of “Disorder”.

Harking back to the electro-informed bass synths, “OD” is perhaps more in line with that opening cut but still comes off as a different kind of floor wrecker. Keeping the mix clean and spacious in the lead in, a crisp beat works around the undeniably groovy bassline with the promise of more dramatic sounds to appear around the corner at any moment. Once again the long, lingering notes that hang over the track imbue a soundtrack quality to proceedings, but here the focus is on the drums creating the kinesis for the track. Ever ramping up their intensity, the claps, snares and hats keep flying in swarms that fill up that aforementioned space, and yet still this trio display their maturity in knowing how to pull it back at just the right moments.

As with all their other releases, team R-A-G once again prove that their relationship with their studio is a long-standing one that sees their combined talents play out like a seasoned band, listening to each others’ nuances and focusing on the end product rather than their own parts to play within the drama. With tracks as volatile as “Disorder” it would be easy for everyone to turn it up to eleven but instead the perfect balance is struck and you get to enjoy three distinct and highly distinguished slabs of machine music.

A1. Disorder
B1. Repression (Spaventi Tape Edit)
B2. OD