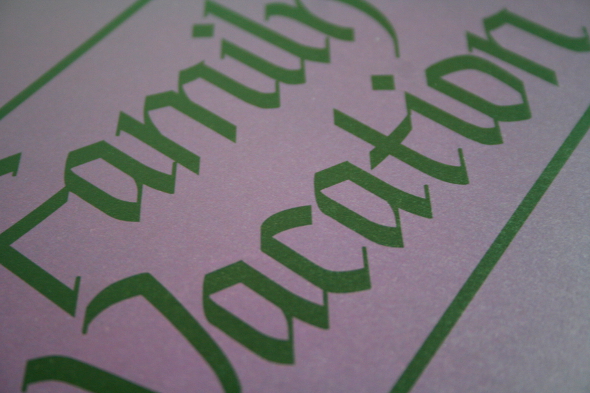 However successful Axel Boman has been to date – and his musically rich and occasionally dreamy blends of deep and techy house are rightly highly regarded – few would expect him to have the vision and skills to make an outstanding debut album. This is largely because few producers get it right first time, and the album format is the most unforgiving of all. There are other issues, not of his own making, that Boman and others in his position have to contend with. In particular, the fact that house music, by its very nature, doesn’t really lend itself to the album format. It is music to dance to, first and foremost, and attempts to soften it for home listening more often than not end in disaster. Dance music history is littered with lifeless, overblown, slightly limp examples of deep house albums in this ilk (mentioning no names; we’ve all heard them).

This is a problem too few house producers have solved over the years. Some, such as Mark E, Kyle Hall, Omar S and Chicago Damn, choose to stick with what they know; filling a CD with tried-and-tested dancefloor tracks that provide DJs with decent club fodder. Others twist house into distinct new forms, including a myriad of influences to create intriguing new hybrids (see Maxmillion Dunbar’s House of Woo, included in Juno Plus’s rundown of 2013’s best albums). There is, though, a third way, rarely seen but preferable. That’s to stick to your guns but make a proper album, something that reflects your style but works as a collection that can be listened to from start to finish (see Neville Watson’s brilliant Songs To Elevate Pure Hearts for proof). Such albums feature plenty of material for DJs to purr over, but enough depth and variety to sound good in a wide range of situations. Good old-fashioned albums, in other words, with house as the starting point.

This is the option that Axel Boman has taken with Family Vacation. For someone like Boman, more accustomed to the demands of the dancefloor, it’s a high-risk strategy. Thankfully, he’s pulled it off. Family Vacation is, first and foremost, a proper house album. It boasts tracks that will sound superb over club soundsystems, a variety of 4/4 rhythms, and influences taken from three decades of dance music’s most dominant style. Sure, there are a couple of forays into downtempo territory – most notably the deep, beatsy fluidity of the rather gorgeous “Barcelona”, all smart MPC programming and glistening synth melodies – but these merely offer some breathing space between his vivid and varied takes on what house music is in 2013.

That, in a nutshell, is the key to the success of Family Vacation. Boman smartly proves that deep house is a broad church, varying the moods, tempos, sounds and samples. The result is an album that flows beautifully, holds your attention throughout and comes packed with joyous highlights. Chief among these is “Hello”, an hypnotic, stripped-back, minimal-influenced delight that gains much of its power from a heart-aching vocal sample, occasional twinkling pianos and evocative chords. It’s nothing less than stunning – subdued deep house soul at its very best. In the album’s running order, it comes sandwiched between “Let’s Get Nervous”, an off-kilter, dreamy and melodic slow-house jam, and “Son of a Plumber”, a pleasingly sparse tribute to classic US house smothered in eyes-closed organs, sampled horns and shuffling, jazz-influenced rhythms. It’s that kind of album.

Complementing these highlights are the tracks that lend Family Vacation a sense of depth and variety. There’s a dash of understated hip-house revivalism in the shape of “New Krau Era” (deep hip-house anyone?), a horizontal blast of touchy-feely dub house (“Animal Lovers”), some enveloping old-style Chicago deep house (“No! No! No! No!”), and, most joyously of all, a house track seemingly made out of cut-offs from a combination of Blaxploitation soundtracks, jazz-funk records and Middle Eastern funk sevens (“No Sweden”). And that’s before we even get to “Bottoms Up”, a wonky chunk of calypso house (yes, it works), and the fantastic “Kings An Emperors”, a sparse, bass-heavy foray into African voodoo and unsettling tribal drums. Boman’s always been credited as a talented producer, yet for this writer he’s excelled himself on Family Vacation and produced the most well rounded house music album heard in some time.