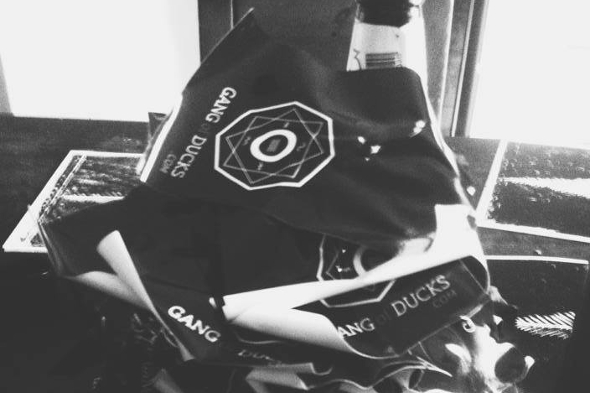 The unheralded Milanese producer will release his debut album Notch on the breakthrough label in January.

Allegedly based between Berlin and Turin, the strangely named Gang Of Ducks has been one of the more interesting new operations to emerge over the course of 2013. Less a label and more an anonymous collective active in various creative disciplines, Gang Of Ducks specialise in lovingly presented music that largely falls under a similar vein of crushed and dilapidated electronics as Opal Tapes and Astro:Dynamics. This year has seen a strong suite of EP releases from Traag, Shape Worship, Vaghe Stalle and most recently My Panda Shall Fly, however Gang Of Ducks have turned to a less familiar name for their first album release.

Little is known about Haf Haf other than his location of Milan, with a press release from the label typically giving little away other than “Haf Haf could mean “Hot As Fuck”, or a barking dog, or “ocean” in Icelandic. You decide. Based in the subway, Milan. Haf Haf synthesizes, samples and destroys.” Due out on January 20, the eight track Notch fits snugly into the defined aesthetic Gang Of Ducks have chiselled out for themselves, veering from sludgy, lopsided basement techno to chopped and screwed hip-hop, and on the title track what sounds like Jam City playing with a Biggie Smalls sample at the bottom of a well.

Gang Of Ducks will release Notch by Haf Haf on January 20.