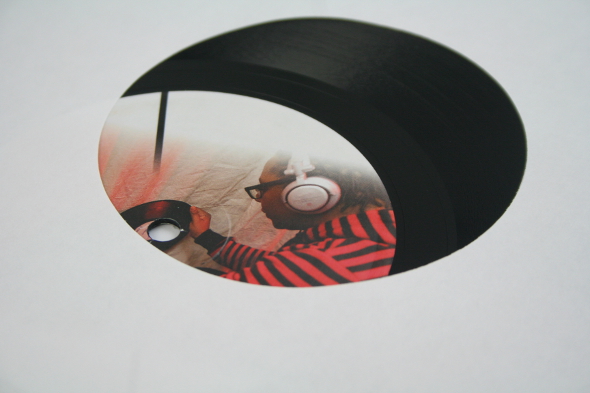 “Yeah man, this is like some old Dan Bell tackle, pulling one off the shelf now…” was the emailed response from a colleague when asked for his initial thoughts on Murph Tone Jack Session II, the new record from Hakim Murphy on the Synapsis Records label he runs with Inbum Cho. For those readers no too familiar with the music of Dan Bell, the colleague in question was probably referring to the minimal nature that defines half of Murph Tone Jack Session II. The remaining productions are, however, more in line with the prevailing tastes of 2013; raw analogue house music.

It doesn’t get much more minimal on this record than the opening track “Jbonza” which could well have been produced using just the one drum machine, a synth, and the record button. It’s the primitive simplicity of the track which makes its few elements (kick, clicks, claps, percussion one-two-and-three, and that trippy synth) so bold. This is what m_nus could sound like.

“Chicago Head” on the other hand is not so basic, but more in tune with the rougher house productions Murphy has long produced under various names. “Let’s face the facts, ugly people have to pay as much as they weigh, sorry, blame it on your mother and dad,” is just one passage from an unknown voice preaching street truths, which sound like they were surreptitiously recorded on an iPhone from the inside a moving carriage on the New York subway, perhaps when Murphy was on his way to DJ Spider’s studio deep in Brooklyn. Layered under this bustling noise is a three-part drum process – and a sweeping neon synth of refreshing dub – that don’t fully reveal themselves until the track’s end.

The blurry aqua-chords of “Tender B” represent Murphy’s other dalliance with a more minimal approach on this record, sounding like a merry-go-round that’s been plunged to the bottom of the sea, while the skipping arrangement of drums adds to its playfulness. Paralells with Omar S track “The Shit Baby” abound on the final cut “Gestation”, with the two tracks sharing a similar style of walking bassline and jazzy keys, only Murphy’s approach is pleasantly drowsy in comparison. This is raw analogue house music with a minimal twist.