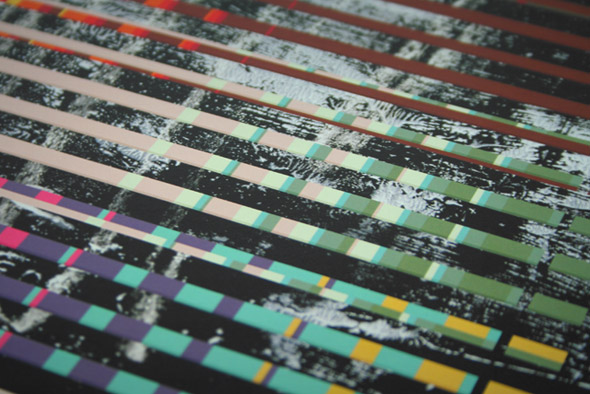 It’s easy to underestimate just how much Tadd Mullinix has put out over the years, both as hip hop tinged beatsmith Dabrye and as James T. Cotton. The latter has consistently smashed the possibilities of acid wide open, yielding sometimes challenging, sometimes hooky, but always vital 12”s and LPs. Spectral Sound (and its parent label Ghostly International) was the starting point for this tirade against clean production and tidy arrangements, long before the gritty analogue approach was so en vogue. After some time away producing for a whole range of different labels, JTC is bringing it back home with another slice of utterly unquestionable dancefloor dynamite.

“Valley Road (We Are 1)” actually moves with a different pulse to the more common staccato stomp that Mullinix is known for, instead reaching for an insanely groovy New York house flavour that piles the hats on heavy and makes the most of a crafty drum roll or two at the end of every four bars. Of course the style is no great revelation in a world choc-full of house music, but that doesn’t defer from the fact that he has nailed it impeccably. Likewise the central chord, dubby and aqueous in nature, provides a neat foil to the urgent rasp of the drums, and further gossamer key tones serve a similar purpose. There is no great mystery to be unearthed here – it’s a peak time belter plain and simple, but lest we forget such tracks are worth just as much as any pioneering slice of experimentation.

Strength Music boss DJ Qu can always be counted on to bring something a little more adventurous to the table, and so he does on his remix of “Valley Road (We Are 1)”. Within moments his version draws you down into the darkly seductive realm in which his output commonly dwells, a purposeful techno backbone providing the stimulus to a wealth of grubby sounds. In the murk you can hear D&B bass growls, howling synth wraiths and much more besides, while the relentless engine of rhythm gets constantly bolstered with new pistons. The occasional deployment of hopeful melodic twists holds extra weight in the face of such monochrome might, coming off like a lonesome search light with no hope of finding its quarry.

Ensuring the value for money factor in having three essential cuts on one twelve, JTC delivers a track in a more familiar style to round the EP off. “Alpha Helix” is a rough drum machine jam from the outset, slightly overdriven and feverish in its demeanour but utterly focused on physical response. The snaking arpeggios bring the futuristic element while the impassioned vocal commands everyone to get busy on the floor, but still there’s room for extra percussive thrusts to further the acidic intentions of the track. What more can be said about such a sturdy collection? In entirely individual ways, each track is a stellar example of how to make brilliant dance music with space for exploration in amongst the functional aesthetic. On a slab of club-ready wax, what more could you wish for?