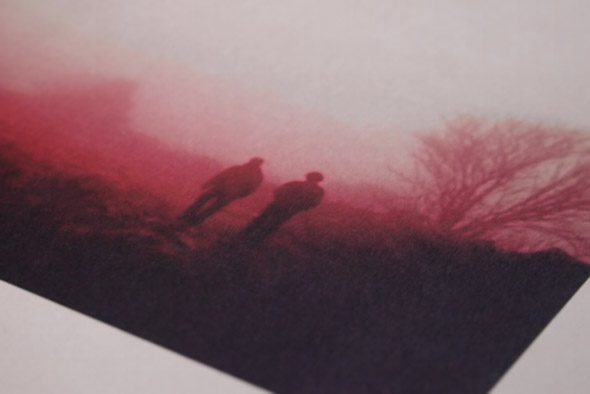 A lot can happen to an artist in nine years as trends and shifts in production habits move seismically around the electronic music world. Back when Leif first emerged on wax in 2004, dubstep was just starting to rear its head and minimal techno dominated 4/4 clubs the world over. The latter undoubtedly helped give rise to the Trimsound label he ran alongside Tom Ellis and brought a distinctive micro funk twist to a scene getting increasingly dried out by formulaic function and a lack of soul. Since then, generic empires have risen and fallen, splintered and shattered, and Leif too has forged a path that now finds him co-steering the Until My Heart Stops imprint (switching siblings to Joe Ellis as label and DJ partner in the process) with all its mysterious, experimental values within the most exotic fringes of house music. Likewise his own productions have evolved, but what becomes pleasingly apparent listening to his debut album is that the thread is a continuous one intrinsically linked to his roots.

Dinas Oleu appears on Fear of Flying, a label with whom Leif has worked since 2007, and the title track on the album samples his father’s own “Dinas Oleu”, a harp piece in tribute to the titular Welsh landmark. Beyond these more tangible signifiers though, the spirit of this LP bears all the hallmarks that have been woven into Leif’s music since his first releases. The album hangs together neatly through a consistent atmosphere of blue hued melodics that remain his calling card, even if the rhythms may take different approaches.

From “Koku”s aching Rhodes notes to “Belief & Experience”s stark chimes, the delicate air that tends to inhabit Leif’s music can be found everywhere, but in a wider set of contexts this commonality only serves to make it more apparent where the artist has advanced. Take “Fortune”, a track that, through a well-aimed chord-fuelled switch up, takes on a kind of narrative sophistry suited far more to the armchair than the dancefloor. “Age Of Aquarius” takes reverb use to the limit, and with it the top-end drums take on a gaseous tone that lifts the track into a daring realm a cleaner mix would not have reached. “Until Dawn” employs the softest of beats and lets crumbly bass tones and distant whispers of piano evoke a bittersweet tone that gives even the most emotionally charged ambient music a run for its money.

Indeed this is a listening album in the truest sense, and it perfectly follows on from Leif’s dance singles. There are moments of more pronounced groove such as the simmering “Flight” which comes on quite familiar with its plush chords, ear-snagging bass synth and neatly funking drums, but these occasions are the distinct minority amongst more ethereal happenings. As “Dinas Oleu” hits its stride and the live bass spars with the broken beat and the harp it still remains gloriously mellow, while “Stutter & Hum” makes no secret of its floatation tank intentions.

For many, tackling an album project with intentions beyond bunging a few singles together can mean a drastic switch-up in style or a disjointed collection of experiments, but here Leif has transitioned to the long player in a completely natural adaptation of his club 12” legacy. It’s not to say that one way is better than the other, but in engaging wholeheartedly with this venture and given the end results it’s hard to see Dinas Oleu as anything other than a resounding success.