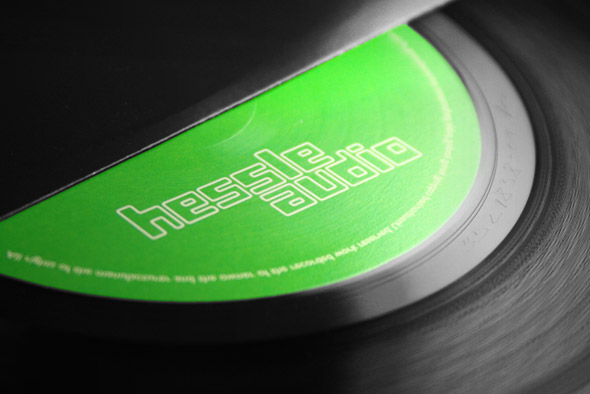 If there was a “Great Chain of Being” for UK bass producers, Pearson Sound would likely be resting his feet on a cloud near the top. Over the last half decade, his productions have set a snarling standard for the tough-to-pin-down genre Hessle Audio excels in: writhing emaciated frameworks held together by violent claps and gut puncturing sub-bass. It’s a style many have attempted to copy (with limited success), and part of what distinguishes David Kennedy from the legions of other unsmiling British boys with mussed hair is his expertise at honing on various genres, extracting a tiny piece of what he wants, and surgically infusing it into his sound.

Take the subtle inclusion of breakbeats on “Quiver”, for example, or his contribution to the Hessle Audio’s 116 & Rising compilation, which may have effortlessly wedged a Pitbull vocal sample (the rapper, not the dog) into the fold. Grime-influenced track “Clutch” showed the same deftness, taking Kennedy’s sparse framework to a new extreme, sounding like a clenched jaw grinding back and forth. However, Kennedy’s take on all these genres always comes across as steeped in a seriousness; the closest he’s come to lightheartedness was through his pun-wielding Ramadanman moniker, which he now seems to have phased out (perhaps after realizing that religious holiday-appropriating aliases are kind of a bad look).

The bright lime green label of HES026 is exciting because it signifies a new type of versatility for Kennedy: The foray into brighter territories. His tacit tendencies for exploration are still in full effect, but there’s something more upbeat at work this time, which could have something to do with this EP partially being influenced by a stray kitten. The first minute of “Starburst” won’t convince you that Kennedy’s lightened up though – it begins as a frantic skeletal pattern of percussion set against creaking rusty saw blades. But halfway through, a soothing ambient synth line begins to seep in and soothe out the rough edges of the track, until an orchestral swirl reduces the beat to muted background noise. It delivers an emotion that Kennedy has rarely wielded before: Bliss, or something approaching it. It sounds like churning factory machinery basked in the balmy glow of mid-morning sunlight.

“Lola” has its own mellow aesthetic beauty, as scaling pan flutes wind throughout, paired with sparsely tapped snares and well-timed synth punctures. Reminiscent of the breezy, unhurried pace of Ruff Sqwad’s “Functions on Da Low” instrumental, it might be one of the slowest tracks that Kennedy’s produced yet- but it’s no less skilful at building up an atmosphere all of its own than anything else he’s done.

I emailed Kennedy asking if there was a thematic element tying these tracks together, and while he responded very politely that he’d prefer the listener to make their own conclusions, it can be argued that “Power Drumsss” is satirical commentary on dance music’s recent (or not so recent, depending on who you talk to) pairing with working class hyper-masculinity. For a track title that sounds like the type of YouTube comment that might get left underneath a track ripped from Rinse FM, “Power Drumsss” spends its whole duration in a spiralling death knell, slowly fizzling out while phasers fire overtop, increasingly distorting the percussive pattern. The last minute sounds like a series of painfully drawn out final breaths – a Tamagotchi in its last moments before kicking off to that great egg in the sky. It’s fantastic, and given Ben UFO’s admirable “misogynistic DJs get an immediate unfollow” rule on Twitter, it’s not unthinkable that Kennedy would be making a sly little jab at masculinity and dance music through the title. Or maybe that’s just a half-baked gender studies analysis, decide for yourself.

The last Hessle release was from Joe, whose hectic-but-somehow-minimalist-at-the-same-damn-time production style has always come across as thoroughly enjoyable for me, and HES026 is an extension of the same ideology that Joe seems to be operating from: dance music can really benefit from relaxing its bunched-up shoulders now and then. While Pearson Sound’s future productions may return to darker warehouse tones, a little optimism is an admittedly good look for Kennedy as well.

A1. Lola
A2. Power Drumsss
B1. Starburst