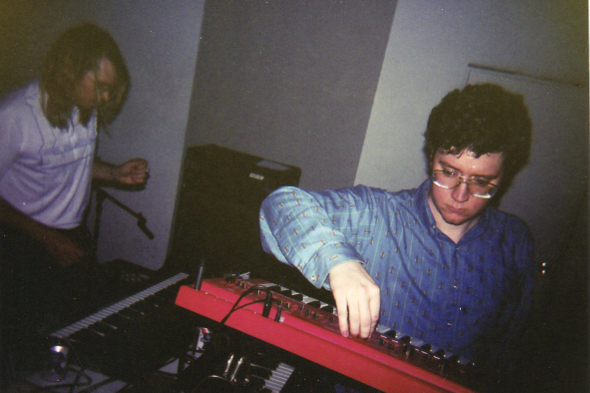 The New York-based producer will follow up releases for Avian and The Corner with a mammoth six-track EP for Ron Morelli’s label.

New York based Shawn O’Sullivan is a man of many aliases; as well as exploring new wave sounds as part of Led Er Est and Further Reductions, he has been gaining plaudits for his solo productions under his own name on The Corner, as 400PPM which recently debuted on Avian, and as Vapauteen. The subject of one of the most coveted L.I.E.S. white label releases at the beginning of 2012, the Vapauteen moniker seemed to provide one of O’Sullivan’s earliest opportunities to explore the industrial techno heritage that has clearly inspired his solo work.

News now emerges that O’Sullivan will be returning to the Vapauteen alias on L.I.E.S. before the end of the year with a six-track, self-titled EP, something hinted at with the inclusion of an all-new Vapauteen track on the label’s forthcoming Music For Shut-Ins compilation. Unlike the consistently frenetic pace of LIES008.5, the Vapauteen EP sees O’Sullivan indulge two different sides to the project. The A-side sees him engage with slower tempos in the vein of Skudge duo Fishermen, with three tracks described as “unforgiving modular slowcore beat electronics which trudge their way to the grave,” while the B-side is “strictly about power electronics and harsh tone work outs”.

All six tracks are promised by the label in amusingly blunt fashion as “sure to piss off someone on the internet or better yet, in real life.” Curious parties can listen to previews at the Rush Hour website.

L.I.E.S. will release the Vapauteen EP on 12″ format in late November. 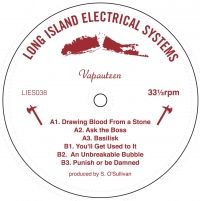 A1. Drawing Blood From a Stone
A2. Ask the Boss
A3. Basilisk
B1. You’ll Get Used to it
B2. An Unbreakable Bubble
B3. Punish or be Damned