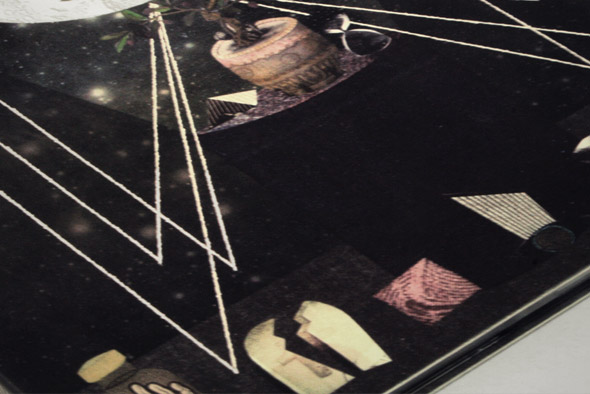 Mr Beatnick is one of London’s most consistently entertaining DJs. Known to Revenue and Customs as Nick Wilson, Mr Beatnick has, over the course of the last three years, moved from cult capital selector to Sonar concern, playing sets that shift fluently between classic house, London techno, and the more thundering hinterlands of r’n’b. As a producer, Wilson makes the sort of luxuriant house music that comes on like warm swaddling. His productions are in thrall to the very fundaments of house, boogie, and, although it might not shout its presence so loudly, hip-hop, reconfiguring classic sounds into tracks that hum with analogue glee.

Wilson has enjoyed a fruitful partnership with Benjamin ‘Semtek’ Lehmann’s Don’t Be Afraid, which this year has been responsible for a slew of essential releases and parties (the latter of which take place in an unnamed loft location, perhaps the only venue in the capital to which access is granted via a goods elevator). Originally launched as a vehicle for Lehmann’s own releases, the London label has since released 12” from, amongst others, Disco Nihilist, MGUN, Kelpe, and Beatnick himself.

The Synthetes Trilogy takes an overview of Wilson’s triptych of releases for Don’t Be Afraid. It does not collect the Synthetes, Sun Goddess, and Savannah EPs, but instead picks tracks from each and inserts a clutch of new material. This is similarly not a chronological view of the records. The Synthetes Trilogy skips restlessly between the EPs, and it is in this constant flitting in which one of its greatest strengths lies. The set feels cohesive without ever seeming homogenous, giving real credence to the idea of the three EPs as an actual trilogy despite their quite dramatic differences in style. There is an overarching aesthetic here, even as Wilson skips through his catalogue.

This is quite neatly demonstrated by the first two tracks. The record opens with “Synthetes”, taken from the first EP, in which Wilson puts to work a dogged string sample that recalls, in feel if not in instrumentation, 2008’s superlative “I Know All The Bitches”. The tracks share a crackling cinematicism that can be found across much of Mr Beatnick’s catalogue, pitting hissing analogue fare against restless bass. Immediately, though, the tone shifts, “Symbiosis” firmly placing Wilson in classic house territory. The wandering bass and the string samples are still there, but here they are subsumed in a great tangle of gently clipping percussion and reverbed kick drum. It feels classic, a sense that permeates so much of Wilson’s work.

The real highlight, though, is still “Sun Goddess”. The track, which must surely be the best-received release so far on Don’t Be Afraid, is one of the sparsest on the album, and boasts the best bass line Wilson has yet written. Understated key flourishes, pushed back in the mix, produce beautiful little harmonic counterpoints, and the whole thing is topped off with an unpredictably arpeggiated lead that seems to veer in and out of focus. It is a spectacular track, one of last year’s best, and here it functions as the dramatic central beam around which the rest of the record rests.

Many of the new tracks are just as exciting, and they occasionally puncture the nonchalant vibe that otherwise permeates the set. Closer “Never Dies” is the best example of this, making uncharacteristic use of breaks and a squawking vocal sample. Even in its franticness, though, Wilson’s expertly sampled strings and gently thudding bass are still there, serving as a reminder that his deliciously insouciant mode can still be a prime time concern.

While he is an unashamedly populist DJ, he is conversely a ‘DJ’s producer’, his magpie-like ear for the most elegant foundations of classic dance music tropes having clearly been honed through a lifetime of record collecting. The Synthetes Trilogy bookends an enormously productive phase in Wilson’s career, but it feels far from comprehensive. Instead, happily, there is a sense that there is much more of this to come.