House Music from Another Planet: The Story Behind “Trespassers” 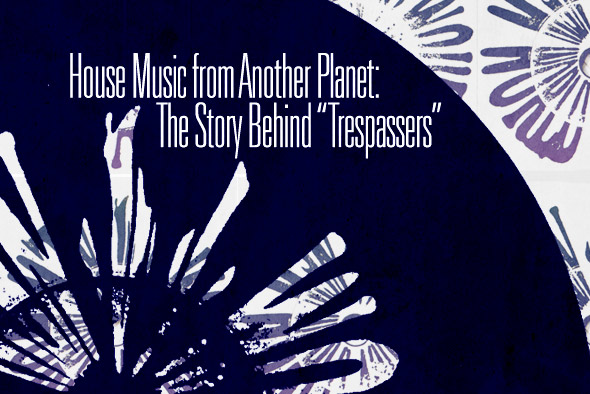 For our latest Dusted Down feature, Richard Brophy traces the genesis of “Trespassers” from Dutch producer Newworldaquarium, a track which remains one of house music’s most distinctive productions some thirteen years after its original release.

Great records often come from the most unexpected places, and Neworldaquarium’s “Trespassers” is once such piece of music. Released in 2000 as the titular production on a three track EP, it is a shimmering, gloriously seductive piece of house music that sounds as fresh as the day it was made. The work of Newworldaquarium, a relatively unknown artist at the time, it sounded like it had landed by chance on Planet Delsin. As the new millennium started, the Amsterdam label was only starting to get into its stride, and “Trespassers” threw its listeners a curveball.  In existence since 1996, Delsin had put out music by its boss Marsel, as Peel Seamus and producers like CiM, Aardvarck and Norken.

However, the release of “Trespassers” didn’t come completely out of the blue. Maybe label owner Marsel Van Der Wielen was conscious of Delsin being stereotyped under the hideous ‘IDM’ tag after its initial run of releases, but whatever the explanation, in 2000 it released the dreamy, ambient house of Theme From… by Newworldaquarium. It was a pseudonym for Dutch artist Jochem Peteri, who had previously released music on 100% Pure and Eevo Lute as Ross 154 during the early to mid ’90s. While Peteri explains that he took a break from releasing music until 2000 because he was ‘busy selling other people’s music, working in record shops,’ he adds that some of the material recorded during his hiatus made it onto later releases like the stellar dub/ambient album, Strike, released as Ross 154 on Delsin/NWAQ in 2004. It’s also possible to hear the same kind of dreamy, textured ambience influences on the ‘Theme From…’ release, but following this record, it still would have been impossible to have predicted Jochem’s next move.

The process remained the same, with Peteri explaining that “Trespassers” came about from “just jamming, as usual. Digging through my record collection, trying samples, and it somehow sometimes just all falls into place. After that you just keep building and recording,” he explains. “Trespassers” is quite different in tone and sound to a lot of the music that Peteri had released in the past, especially the introspective techno sound of Ross 154 (listen to “Until My Heart Stops” for the ultimate in inward-looking electronic music). Did he take inspiration from different sources than usual for “Trespassers”?

“We were all heavily influenced by the US, so that was the main inspiration and it still is actually,” he says, adding that “there was a lot of great stuff (house music) coming out that always inspires me, but also “Trespassers” has a great sample, which leads the record. When I found it, I knew it was going to work for me.”

As Jochem has noted, the central riff/sample at the heart of “Trespassers” is really what sets it apart and lends it that ethereal quality. It’s indistinct enough to make the listener spend hours trying to work out whether it’s a vocal or just another musical element. This writer was convinced Peteri had lifted and repurposed the cosmic keys from Hall & Oates “I Can’t Go That (Say No Go)”, but it turns out that the sample has a different provenance.

“It’s from Sergio Mendes’ “The Real Thing” (a Brazilian jazz pianist and composer from the 1970s) – and there are no vocals in there, actually,” he explains. Although Jochem had sourced a sample that would guarantee “Trespassers” sounded distinctive, it didn’t automatically make the recording process any shorter or easier than other sessions.

“You could say it took as long as the actual track takes, just recording a jam, but there’s no beginning or end to a jam as far as separate tracks are concerned, or even releases. So you could also say it’s part of a couple of years of playing, recording and digging through crates of records and parameters of synthesizers. It’s all about when to press stop and cut it to size,” Jochem believes. He adds that like his other releases, he was reluctant to let go of this production.

“Releasing tracks is kind of ending a story and I always hate it when you know it’s over. After that it’s all in the hands of others, pushing a product. Not a lot to do besides gigging and hanging out, until there’s that new spark that starts the next decade or so. Not that I dislike gigging, but the studio just feels more like home,” he remarks.

Given his reluctance to part with his work did Peteri consider releasing it himself?

“No, it was a different time and it was a lot harder to start a label. Distribution was a nightmare,” he says. In any event, before “Trespassers” had even become a concept, Jochem knew Marsel, both from the early days of the internet and through “hanging out at the local house and techno-hotspots”. Although Peteri can’t say for sure, he believes that he first played “Trespassers” for Marsel in Rush Hour, “a good meeting-place to also listen to music”.

At this point, Marsel adds some context to the story. He had moved to Amsterdam in early 1997 and was already a fan of Jochem’s music through his earlier releases on Eevo Lute and 100% Pure. “We already knew each other a little bit before that through email and the internet, and he was also working at a record shop at that time. I guess I asked him for music to release on Delsin, as I just had started the label. Jochem’s track “Moon FM Desire” as Ross 154 was actually meant to be released as Delsin 006,” he explains. 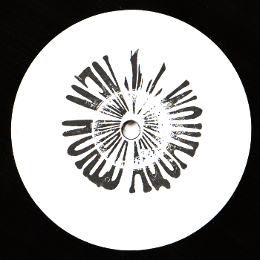 “Moon FM Desire” was released on the Delsin compilation Going Thru Life in 2001 and has just resurfaced on one of the split releases marking the label’s one-hundredth milestone. Marsel feels that there is a close connection between the ambient house of “Theme From…” and “Trespassers” in that they both stem from the same recording period.

“The Trespassers release is number 13 on Delsin and is closely connected to Delsin 10 – the other Newworldaquarium EP – which was released four/five months beforehand. All the tracks on those two EPs, apart from the interludes, were kinda like one project,” Marsel says, adding that “Trespassers” was delivered to him already mastered, “so it was very ready to be released.” Nonetheless, Trespassers did mark a shift in sound for Delsin. Was its owner concerned that he was taking a risk on an artist with a sporadic back catalogue? “It was also under a new moniker, so in that way it was a new project for him, but no I never really doubted it,” he says. “lf you listen to the other tracks from those first two Newworldaquarium releases, you can relate them to Trespassers, for example to the “NY” track, and that one in turn moves more to his earlier stuff again.”

Other labels and DJs had also begun to take notice of “Trespassers”, with Carl Craig’s Planet E imprint putting in a request to release it. However, as Marsel explains, this plan never came to fruition. “Actually it never got re-released. I think Carl Craig had wanted to re-release it and Planet E licensed side A of Trespassers and side B of NT Theme. They had it cut and pressed 100 promo copies, but they found the pre-sales not good enough to give it a final release,” he says, adding that it was “probably as well, as we did some re-pressings at that time ourselves. Still, it was quite a surprise when I had Carl suddenly on the phone looking to put it out,” he laughs.

Since its release, “Trespassers” has enjoyed a cult following. This is partly due to the fact that its appeal is broad, cropping up in house, techno and disco sets, but also because it is instantly recognisable, standing out from pretty much any other record thanks to the distinctive Mendes sample. Was the label or its author surprised by the reaction it received?

“Yeah, it’s a really precious thing when your art seems to have found a place, like a living and breathing entity. It takes away a lot of the insecurities and pressures that often lead to rushed or mediocre releases. Not that everything I do is great, but at least when it sucks it sucks because I wanted it like that, not because I tried to quickly get something out there to be remembered,” Jochem explains, while Marsel says that “I didn’t think that far in the future at the time, but in a way it kind of was expected as it already had a buzz about it in the local scene. We did the repress in 2007 as there was huge demand (it was also reissued by Peteri on bus APE spin-off label in 2009) and it’s still the best selling EP in Delsin’s history”. 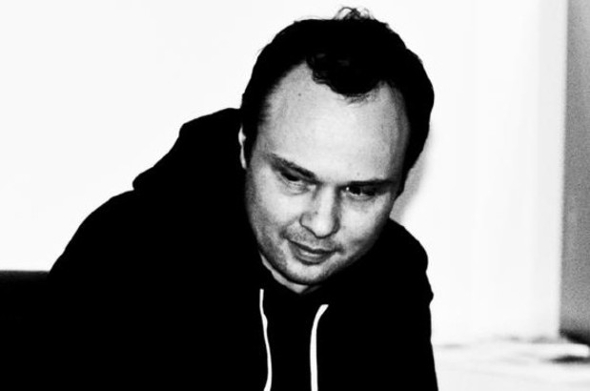 Despite this, there has been no sign of a follow up to “Trespassers”. While Marsel says that he would be happy to put out Trespassers 2, he feels that Jochem has instead chosen to develop his work organically.

“Yeah sure I would be happy to release a record like that, but Jochem is one of those not very easy to manage artists,” he observes. “The whole Dead Bears album (released in 2007) continues the Newworldaquarium thing – his tracks “The Force” and “Kirana’s Lament” are very much in the same style and atmosphere and also the track “Liberty Hot” (released in 2011) is from those years and along the same lines. There are even still some unreleased tracks from that time that we call his ‘Spuistraat/MPC2000’-period,” he laughs.

It remains to be seen if either Delsin, Peteri or a third party will put out these tracks. Until this happens, does Jochem ever feel the urge to find another distinctive sample, combine it with a housey beat and knock out a record in the ‘Trespassers’ vein?

“Every day, but then I just wake up and smell the coffee.”