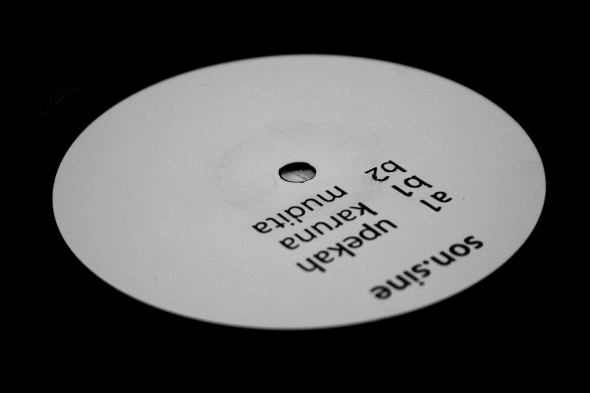 A collective round of applause came with the re-issue of Son.sine’s Upekah EP by Delsin some 13 years after its original release on New Zealand label Nurture. But let’s not forget the muffled groans likely to have come from the lucky (and slightly miffed) few who own the original copy; forever theirs, a cherished classic for 13 long years. Now the secret’s out, and to be honest, the world is better for it. It arrives in a year that’s been invigorating for those interested in the dubbier spectrum of house and techno music, especially for those not there the first time around (let’s say the period between the ‘90s and early 2000s).

Classic DeepChord material has been remastered by Echospace over two baroque triple vinyl LPs, while Sushitech joined in on the waxed decadence with the Bluetrain Retrospective, Strictly For Connoisseurs. Steve O’Sullivan is also in the process of setting up his new label Mosaic Split Series, whilst Moritz Von Oswald teamed up with Juan Atkins for the Borderland project. No longer should Basic Channel be the only name to instantly spring to mind when the word ‘dub techno’ is mentioned.

So who exactly is Son.sine? We’ll probably never know, but that doesn’t stop us from having a guess. The southern hemispherical Nurture label was in activity between 1997 and 2002, a small epoch between the end of Basic Channel and the rise of DeepChord. During this time down under, a power crew of Kiwis spearheaded by Simon Flower provided eight catalogued releases, and of those artists still making music today, using the same name, is Flower and his dubby Peak:Shift alias, revived for Styrax Records. That Berlin label is home to the music of Don Williams, Arne Weinberg and ambient chief Bvdub, to all out purveyors of submerged low-end and resonating saw waves Atheus and Quantec. Comparisons can be made between the one Son.sine release and the music of Peak:Shift, but regardless of who it is, Upekah has, and will, stand the test of time.

After the several bars of vintage 45 vinyl crackle that introduces the EP, it seems appropriate to cup yours hands around the speaker cones when the fireplace-warm bass notes of “Upekah” play. Cooler chimes and sythesised piano keys of an organic nature then compliment the gloaming charm of the title track, but it’s the caustic stabs late-on in the piece that create this masterpiece. Deservedly “Upekah” takes up the entirety of the A-side, but over on the B’ is the peaceful and effervescent movements of “Karuna”. Erosive stabs are replaced with the tinny delays of what sounds like plucked strings of a harp made from corrugated iron, while heavy keys that land softly, elegantly tumble up and down the track’s arrangement like a key progression imitating an autumn leaf tossed around by a warm breeze.

New Zealand is a country that prides itself on its vast outdoors and “Mudita” is a track which best encapsulates this. Like a Silent Season record – a label synonymous with its relationship to a wild British Columbia – an elongated and glacial pulse emits from the right bank of the mix. A full spectrum of blue ambience then fills both sides which offers a serene passage of tranquillity comparable to the rewarding moment of hiking New Zealand’s Mt Cook to reveal a panoramic view of a snow-capped Southern Alps. If there’s ever been a label deserved of ovation for a release then it should go to Delsin.