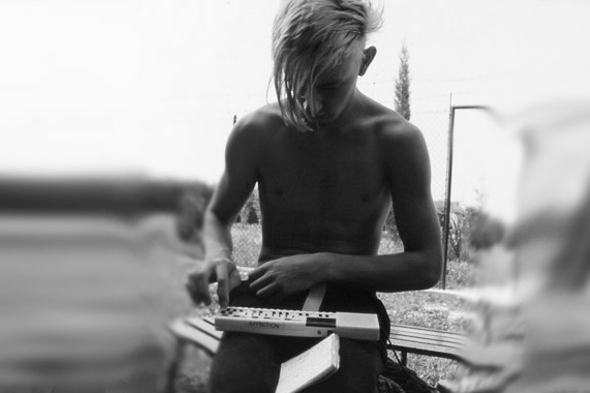 Lyon group In Aeternam Vale are central figures in the French underground scene of the 1980s, with prolific band leader Laurent Prot alleged to have a personal archive of over 200 recordings They’ve also been a long term fixture in the Minimal Wave release schedule, commencing with a self-titled compilation back in 2009 which has latterly been complemented by a further LP and several 12″s that have revealed Prot to be a master of extended electronic productions that sound very much ahead of their time.

This is demonstrated once more on the forthcoming Machine à Laver 12″ which features two unreleased gems excavated from Prot’s sizeable archives, due for release next month. Attentive followers of Minimal Wave manouevres will no doubt recognise the title track from Vasicka’s appearance on Beats In Space earlier this year, with the “12 minutes of pure electronic hypnotica” opening a mix filled with (still) unreleased material from the label. This is complemented by “Ultrabase,” a near eleven minute dub techno composition originating from 1990 which feels just as revelatory as the extended edition of “Highway Dark Veins” released on Minimal Wave last year. You can stream a video of “Ultrabase” below to gain a better idea of what to expect.

Minimal Wave will release the Machine à Laver 12″ by In Aeternam Vale on electric blue clear vinyl on November 12, 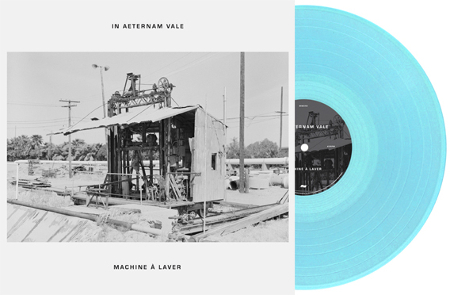 A. Machine à Laver
B. Ultrabase