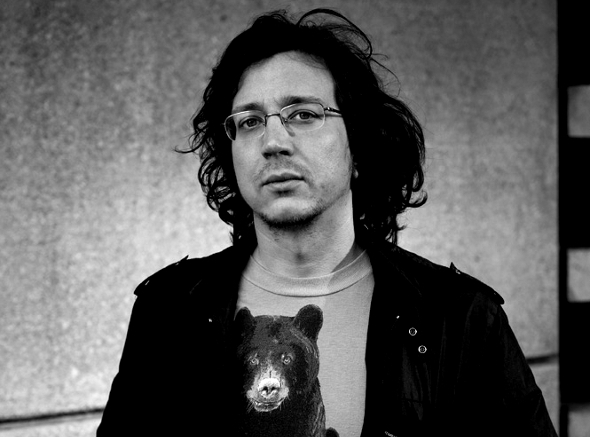 Danny Wolfers will return to Créme Organisation under his most universally recognised name with a forthcoming album.

The Hague-based label steered by DJ TLR has a long running working relationship with Wolfers, with all manner of material from the alias happy Dutchman appearing on Créme Organisation over the past decade (we seriously lost count trying to add everything up based on Discogs entries). The announcement of a new Legowelt album essentially means he will have completed work on four in the space of three years with the sublime self released 2011 LP The TEAC Life followed late last year by The Paranormal Soul for Clone and Gilga, the low-key mini LP that surfaced on Hidden Hawaii earlier this year.

Given Wolfers’ notoriously nerdish appreciation of gear, it makes for little surprise that the title to Crystal Cult 2080  took inspiration from the equipment Wolfers used in the recording process, with Crystal apparently referring to a self-made DIY germanium crystal compressor utilised extensively across the album’s tracks. The numerical aspect meanwhile pays homage to a rare Roland JV2080 digital synthesizer that Wolfers acquired second-hand whilst on tour in Tokyo and subsequently used in the completion of the album

Whilst full details of Crystal Cult 2080 are not yet available, it has been confirmed the album will be released in February 2014 and consists of ten new tracks recorded mainly in Den Haag, but also on tour in various international destinations. Ahead of the album’s arrival, we tracked down Créme boss DJ TLR in the midst of ADE to answer a few questions on what to expect from Crystal Cult 2080, whilst you can get a aural taste yourself with the below stream of the soon to be issued 12″ sampler.

When did the idea of Danny doing another LP on Crème first come about?

Like it always does, with me minding my own and one day finding a mail in my inbox that says “hey wanna do an album”, me going “yeah sure” and 20 tracks landing on my doorstep. Then we kinda take it from there, but it’s a very low maintenance relationship really.

Were you disappointed Danny didn’t come up with another alias for the LP?

No not really, this should be a Legowelt album really. We have been messing around and muddying the discography for long enough, so I guess it’s time to do a proper one. I think 2010 was the last official Legowelt thingie on Creme, but this one is just too big and well rounded to do as another “unknown”..

Have you seen this mystical germanium crystal compressor that was used in the recording of Crystal Cult 2080?

Oh yes, I have even touched it. It is rumored to utilize Nomios, a fabeled lost element, 20% of which resides in another dimension. But one can never be sure.

What else is on the horizon for Crème in the coming months?

I am doing my best to keep up with the release schedule, but it seems to be eating me alive. I have finished products of Alex Israel, Gavin Guthrie (TX Connect) double EP, Innershades remixes from Kowton & Tuff City Kids, also a new one by him, a Marquis Hawkes EP and an EP by Yør, all of which are screaming for me to be put out.. Oh yeah, and 4 R-Zones.. some more unfinished bits in the pipeline as well. So yeah keep on keeping on!