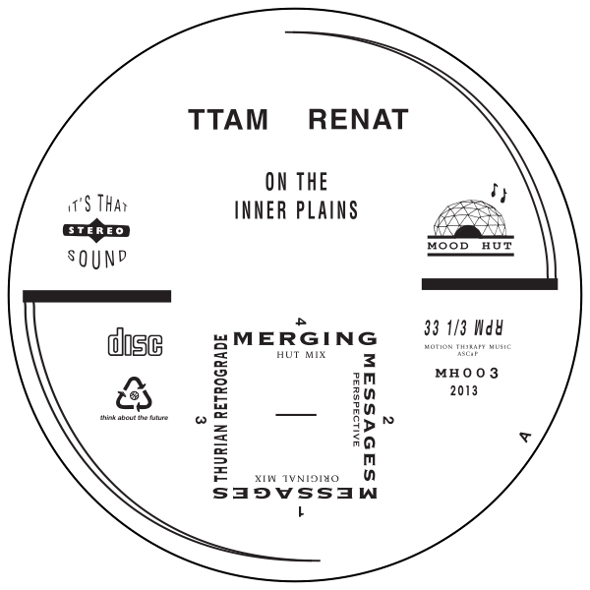 Ttam Renat steps up for the next record from the Vancouver collective – get a taste here.

The emergence of producers linked to Mood Hut has been one of this year’s most compelling narratives with the records and cassete tapes released by the label complemented by their exposure further afield. Aquarian Foundation’s appearance on Going Good Records remains one of this year’s best 12″s, whilst there will be some Mood Hut representation on the next glut of goodness from DC hub Future Times.

The next mystery act to contribute to a Mood Hut cat no is Ttam Renat; described as the Riviera’s premiere tripper savant. You could go in circles all day trying to establish Renat’s exact identity, but this energy would be better served taking in the four tracks that make up his forthcoming Mood Hut transmission On the Inner Plains. Lead cut “Messages” is an obvious highlight, brandishing a depth and percussive swing that’s absent from so much that passes as ‘deep house’ these days.