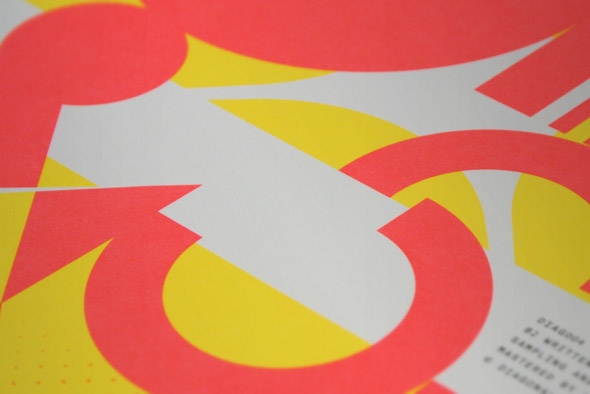 Powell’s Diagonal is really hitting its stride. Following two EPs from the man himself, Diagonal was responsible earlier this year for Blood Music’s self-titled EP, and will shortly celebrate the release of a new Prostitutes record. In the middle, though, comes easily the label’s most surprising signing to date. Shit & Shine are best known for their use of multiple drummers and their pitilessly loud live shows. They most frequently operate in the hinterlands of rock music, but on this self-titled EP they have abandoned their distorted excesses and instead honed a combination of satisfyingly skewed disco, chunnering industrialism and, in the record’s high point, a demented reinterpretation of Theo Parrish.

This self titled release is perhaps the most accessible record the band have made to date and, whether or not you consider that to be necessarily positive, their new mode has yielded some of their most potent work. Gone, for example, are the chugging, drawn out riffs and the beat prose samples of Cherry, and in their place Shit & Shine have injected a shot of straightforward groove.

Opener “Blowhannon” is perhaps the most striking track here. Its dissonant staccato guitars find a counterpoint in string swoops taken straight from the disco songbook, while a lascivious bass guitar sashays along vaguely unsavourily. It has the feel of a monochrome swing party aboard the world’s most grimly decadent yacht, all black ties and gin martinis. “Value”, meanwhile, sees Shit & Shine in more industrial mode. A billowing kick drum beds in amongst metallicised clangs, the edges all softly distorted. Slowly digital doodles complicate the rhythm, before a barely-human vocal sample begins to weave its way across the stereo field. The percussive elements should, be rights, produce something thudding, relentless, but in fact the effect is oddly soothing, as if a lullaby sung by a faintly misfiring Philip K Dick android.

Opening the B-side “Shower Curtain” returns to the ping-pong disco aesthetic of “Blowhannon”, with an analogue-sounding bass line that seems to suggest Moroder fronting a marching band. Spring reverbed female vocals lend the track a bouncy-ball-in-a-haunted-house vibe, the whole thing taking on a darkly humorous tone, before it degenerates into a passage of squelched-out vocal samples and walking bass.

Then, finally, comes “Dixie Peach”. The bass line here sounds like a vast mechanical wasp bashing up against the side of a jar, while the drum patterns are more human than at any point on the rest of the record, the rhythm propelled by trills on the hats. It is as demonstrative as anything on the record, chugging along with the kineticism of a steam-punk factory. Keys appear midway through in what seems like a nod to First Floor-era Theo Parrish, but here they are debauched, warped almost obscenely.

Shit & Shine is the sound of an act assuming a new form, and the perpetual changeling Powell seems like the perfect man to foster the transformation. A bracing, brazen record, made up in equal parts of dark comedy and give-a-fuck thumb-biting. Hugely enjoyable.

A1. Blowhannon
A2. Value
B1. Shower Curtain
B2. Dixie Peach