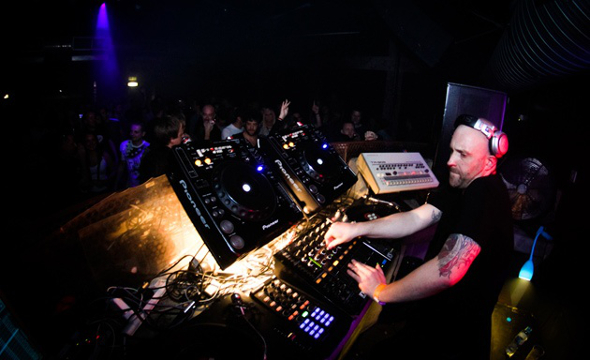 James Ruskin will re-release early Blueprint label material from his collaboration with the late Richard Polson.

Richard Polson and James Ruskin launched the now seminal UK techno label, Blueprint, in 1996 with their Outline project, a collaboration which granted the duo their first release. It was the first of five EPs the pair would later put out through Blueprint, a run which concluded with the Outline Meets Surgeon 12″ in 1997. Following that, Polson launched his Surface label, later run in conjunction with Nick Dunton – whom he produced with as The 65D Mavericks – until Polson’s untimely passing in 2006.

Entitled First Contact, Blueprint has described the EP as, “a fully re-mastered and substantially beefed up re-release” of Outline’s “First Contact” and “Encounter”, taken from the label’s first and third EPs. Recorded in the autumn of 1995, the almost 20-year-old tracks will fittingly launch a new sub-label of Blueprint focused on re-releasing music from the label’s past, giving modern audiences further insight into the no holds barred techno of mid-’90s London.

Blueprint will release First Contact by Outline on November 8.