Guido returns with Moods Of Future Joy LP for Tectonic

The Bristol producer will make his full debut for Pinch’s label with his second album, due in November.

Notable for being one of the foremost exponents of a combination of grime and dubstep that came to be known as the “purple sound” alongside Gemmy and Joker, Bristol producer Guido’s intRicate approach to melodic composition was perhaps best explored on Anieda, his 2010 album for Peverelist’s Punch Drunk label. Although the relevance of “purple” as a critical term has perhaps waned somewhat in the years that have passed since then, traces of the sound can still be heard in the myriad forms of bass music so prevalent today.

Since the release of Anieda, Guido has been largely quiet, with the exception of releasing a few singles on his own State Of Joy imprint and contributing a track to the most recent Tectonic Plates compilation. That relationship with Tectonic will continue with Moods Of Future Joy, the producer’s second album, which will see release on the Pinch-helmed label in November. Supposedly 18 months in the making, the album features two vocal collaborations with singer Emma-Lou, and apparently displays the breadth of the producer’s groundings in jazz and classical music, with afrobeat influences present also. Those wishing to get a taste for the LP can stream album cut  “Green Eyed Monster” below.

Tectonic will release Moods Of Future Joy on vinyl, CD and digital formats on November 4. 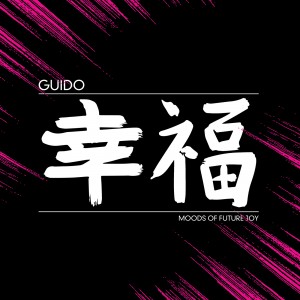