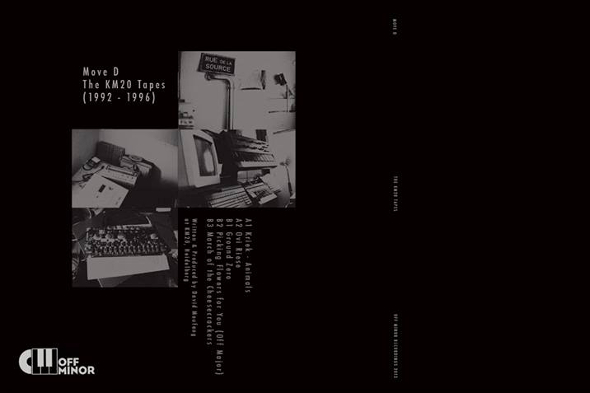 Watch a video for “Ovi Riese” taken from Off Minor’s forthcoming issue of archival Move D material originally recorded in the early 90s.

In addition to the previously announced Magic Mountain High EP, Jordan ‘Jordash’ Czamanski’s Off Minor Recordings have been granted the keys to Dave Moufang’s archives for The KM20 Tapes. Due out later this month, the five track EP features never before heard Move D material recorded between 1992 and 1996 with all tracks featuring a true analogue-grit house and techno sound that has since been championed by labels such as L.I.E.S, Sex Tags Mania and Dynamo Dresesn’s Acido.

As a teaser for what’s to come, Off Minor have made the acid gurgling and analogue fizzes of Move D’s freefrom “Ovi Riese” available to stream on YouTube with a complimenting and technicolour bruised video to match.