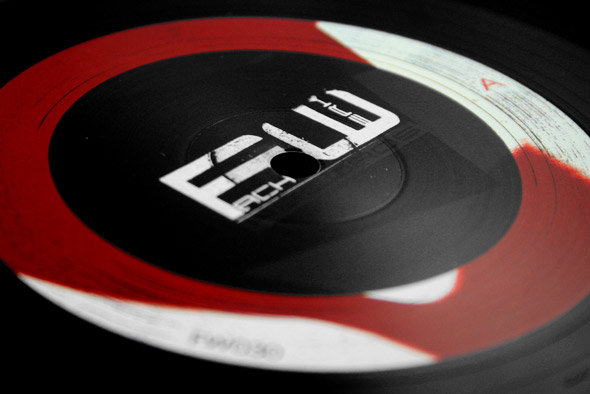 There is an unflinching consistency to the Fachwerk stable, spearheaded by Mike Dehnert but equally centred around the plentiful contributions from Roman Lindau and Sascha Rydell. In the thirty releases the label has put out, there is but one other artist (Italian producer Limo) that has ever appeared on the imprint. As such there is an inescapable predictability to any new transmission from the Berlin imprint, which has both its pros and cons. On one hand it achieves a cohesive aesthetic which guarantees a certain degree of appeal to a fan of this particular brand of groove-laden techno, but it does take away the element of surprise that some records and their institutions can bring to the table.

It’s fortunate then that the quality never dips for Dehnert and his associates, even this far into the release schedule. Fachwerk 30 features all three of the artists in various configurations, but it also gives rise to what appears to be the first collaborative effort between all three of them in unison, not to mention welcoming the mysterious vocal tones of Sophia into the fold for the track in question, “Fachwerk 30”. As the title might well indicate, the track feels imbued with a sense of occasion, from the studio outtake goofing around that opens the piece to the playful collision of three producers channeling their creativity into the mix.

The track holds down a typically Fachwerk beat of pared-down funkiness, but then the non-verbal moans and groans of Sophia feed into the mix alongside some impulsive splatters of synth, from Moog-ish stabs to fluttering twinkles, while underneath a grumbling bassline maintains a solid base for the track. It has the feel of a jam session where so many Fachwerk tracks are an exercise in absolute control, and that’s no bad thing.

That impulsive tone carries through to the rest of the EP, as found in the wayward variations of the central chord of Dehnert’s “FK”, contorting between tightly clipped stabs and dubby decays, clearly tweaked on the fly with no trepidation in pushing the controls more than usual. Likewise Lindau sounds like he’s having a lot of fun on “The Yeah Thing”, working a diverse array of samples from distant horror strings to mechanical hiccups into the mix over a peppy bassline for an undeniable party starter. Of course there’s still a linear guidance at work over all these elements, but the ear-snagging nature of them lifts the track from any notion of monotony with ease.

Rydell quite possibly takes the crown with his own effort, bringing a dub techno sensibility to bear on “Palinka Girl” but stopping short of the washed out pads. The interplay between the main chord and the echo behind it makes for an addictive brew, creating a dynamic melodic hook that burrows in for the duration. With the peaking and troughing pitched just right so as to leave the rumbling forward momentum undisturbed, Rydell ticks all the right boxes for a deeper kind of techno experience without losing any of the finesse that typifies the Fachwerk way.

Essentially, if you’re not already sold on the premise of Dehnert’s label, then nothing is likely to change after listening to Fachwerk 30, but there is certainly a sense of celebration in these tracks which lifts the sometimes po-faced demeanour of much of the Fachwerk output. Sometimes it’s healthy to eschew the most common traits of any creative venture and freshen things up, and it’s worked wonderfully on this record. It’s hard to imagine the artists involved veering much further from the path than this, but then that’s exactly what makes Fachwerk such a dependable stamp of quality.