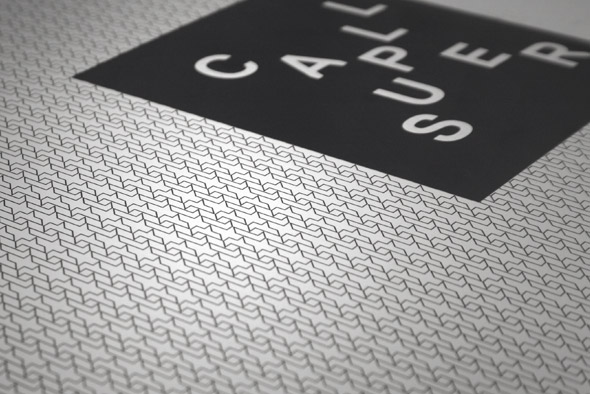 Techno in its multiple forms dominated this week’s releases.

It’s been a long time coming, but this week finally saw the release of Factory Floor’s eponymous debut album on DFA. There have seen some detractors who suggest that the album’s almost pop-like quality isn’t anywhere near as good as their early material, but it seems fairly clear that the band have evolved beyond their early experimentations into being a well-oiled machine which more than justifies their place in the lineage of Throbbing Gristle. The pairing of DJ Stingray and Gerald Donald also delivered Commodified, their debut album under the NRSB-11 name, a politically charged journey through dystopian Detroit techno and electro styles.

Factory Floor were far from the only artists this week utilising an arsenal of pulsating synthetic textures. Chief among them was Beau Wanzer, who made his full L.I.E.S. solo debut; one of the least known proponents of the genre known as Jakbeat, the three tracks on his self-titled EP are reminiscent of the work of Traxx, Hieroglyphic Being and Steve Summers, though the standout track “Balls Of Steel” is unlike anything in its field, a chugging slurry of primitive tones interrupted by what can only be described as some bizarre B-movie dialogue. Meanwhile the mysterious Gerstaffelen debuted on MOS Deep with The Old Villagers EP, whose crunchy twisted synth tones and Chicago undertones has draws favourable comparisons to Hague hero Legowelt.

This week also saw the welcome return of Call Super to the Houndstooth label, with the Black Octagons EP demonstrating some intricately crafted techno of the highest order, featuring shades of Actress and Robert Hood in its melodic textures. Untold also made his debut on 50 Weapons with a surprisingly heart-wrenching techno workout on Targa, with two tracks filled all the romantic leanings of the most classic Detroit techno. Meanwhile bona fide Detroit visionary Terrence Dixon reappeared with two releases – one on his Reduction label and one on Minimalsoul – both are equally as essential.

The prolific Basic Soul Unit inaugurated his Lab.our Music imprint with three tracks of heaving techno mechanics interspersed with fragile melody, while London-dwelling Italian Marco Shuttle issued the fourth transmission on his Eerie label, with Simmetria Delle Stringhe providing some alternately deep and alienating techno in the Millsian tradition. Both provided fine counterparts to Mike Dehnert’s latest round of rough techno on his MD2 label, with that trademark swing brushing up against some surprisingly colourful textures. Some more esoteric techno delights could be found in the latest R-Zone release, which ploughed classic hardcore for inspiration, and the debut of Local Artist on Anthony Naples’ Proibito label, with some expectedly murky sounds crossing into deep house territory.

In bassier realms, Mark Pritchard dropped Lock Off, the second EP of what is expected to lead to a full album for Warp; covering futuristic garage, mean trap with plenty of wild sample hooks, and scattered flecks of jungle, it has all the hype genre boxes ticked if nothing else. Perennially rising Hotflush star South London Ordnance also kicked off his new Aery Metals label with He Do The Police In Different Voices, recruiting the unlikely team of JD Twitch, Factory Floor and Chris Carter to provide remixes. Hardest hitting in this category however was undoubtedly the team-up of Damu and Thefft, whose Tonight Tonight came filled with overdriven sub bass action and a sharp rhythmic flex.

In more experimental realms, the ever-reliable left_blank presented the debut of One Circle, the trio of Editions Mego artist Lorenzo Senni, Monkeytown artist Vaghe Stelle and soundtrack composer A:RA; as you’d expect from such a union Flight To Forever is filled with lustrous melodics and skewed rhythmic mechanics. Similarly off-centre was the latest release from Portland-based producer Best Available Technology, whose entry into Any Other Styles’ Bangers & Ash series lays down three lurching Ash experiments and two steely-eyed Bangers. Last but by no means least was the first new material in some 15 years from Carter Tutti, whose Coolicon 10-inch provided a fitting companion to Factory Floor’s debut album.