Listen to some summer jams from the M>O>S stable 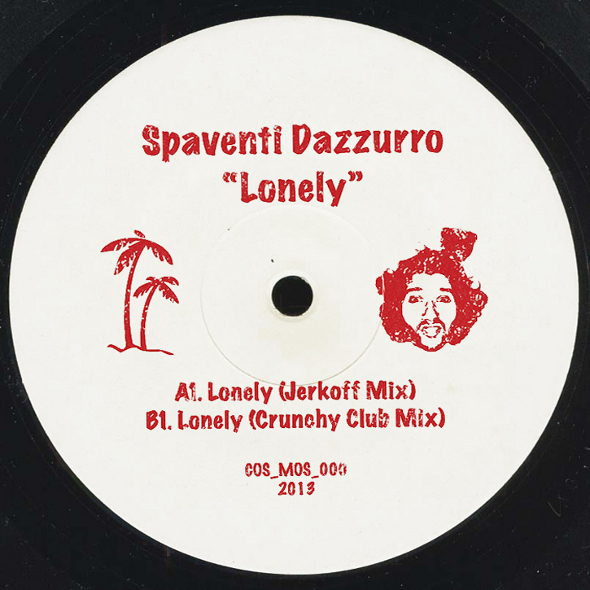 Preview the sun-drenched house of Speventi Dazzurro on the Amsterdam label.

Released today with little fanfare, the latest release from Amsterdam’s M>O>S camp sees two tracks of self-described “midsummer sillyness” from the Spaventi Dazzurro – who we’re assuming has some connection to M>O>S regular Ma Spaventi. Containing two versions of “Lonely” which are supposedly firm favourites at Delsin HQ, they find themselves pressed to vinyl by M>O>S with the one-off COS_MOS catalogue number. Both the “Crunchy Club” and “Jerkoff” mixes can be previewed below; the former sees a looped vocal set within thick set acid and deep chords, while the latter raises the tempo for something a little more suited to the terrace than the usual basement location of most of M>O>S’ more gritty material.