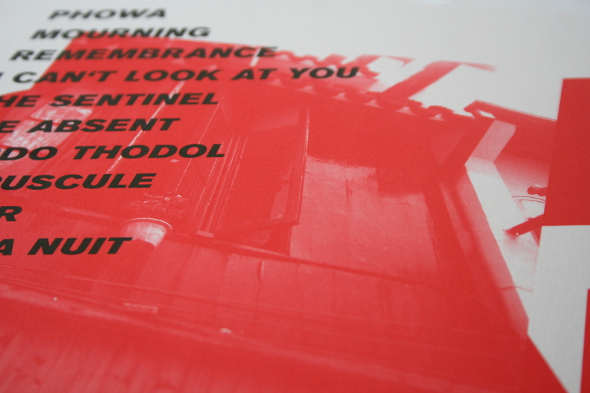 As far as anyone can make out, at this stage it appears that Marc Leclair is focusing all his energy on his Horror Inc project. Having risen to prominence in the early 00s with the hyperactive cut-up house of Akufen, Leclair has always been decidedly singular in his sonic quest, leaving trails of influence in his wake and never staying put for too long. It’s the tantalising lot of one who follows such an artist, never quite getting your fill before the next course comes round.

In the case of Horror Inc, when it first emerged as a project it was clear that Leclair was re-aiming his signature micro funk with a focus on more fulsome instrumentation, eschewing razor-fine sample juggling in favour of more poised, composed fare. In truth it seemed as though it might stay languishing as a brief diversion in Leclair’s career as he took something of a break in the late 00s, until the Aurore EP appeared on Haunt Music in 2010. Where the earlier Horror Inc singles had remained close cousins to the more overtly dancefloor Akufen output, this EP pointed towards less rigid rhythmic constructions, and an even more sophisticated palette of orchestration and synthesis to meet the projects remit.

If there is a remit for Horror Inc, the clue is in the title. Since day one the common theme has been eerie strings steeped in an uneasy, cinematic romanticism as you might expect from Bernard Herrmann (he of Psycho fame), at turns sweet and ghoulish and very often within the same melodic progression. While the Aurore EP signaled a decisive ramp-up in the compositional stakes, this fully-fledged long player for Perlon takes it to the next level and fully cements Leclair’s reputation as a musician rather than a sample-arranger.

While house music still lingers in the walls like a purgatorial spirit, there are plenty more percussive purposes at work, not least at the start of the album. “Phowa” comes to life on nerve-jangling piano and cavernous sound design, with a brief lick of something that sounds like it belongs to La Funk Mob. It’s a downtempo feeling only bolstered halfway through when the crisp drum break comes rolling in, and by the time the bassline joins and the Rhodes notes saunter over the top, it’s clear that Leclair has been busy capturing the richness of a fully balanced live performance in working on this album. With its breezy refrain as it builds to a climax, there is a feeling of optimism that leads to “Phowa” feeling like an intro, a sweetener at sundown before the darkness takes hold.

“Mourning” certainly brings that Horror Inc tension swiftly after as a signature string arrangement swells in, and before long a slinky 4/4 groove is worming its way underneath the delicate instrumentation, gently guiding you through illustrious phases of harmony, shifting chord sequences, complex timbres of percussion and spiritual ambience. Then, almost without warning, a sassy breakbeat comes snapping into earshot and some bonafide Moog funk peals out as if the band jumped forwards in time to the climax of the set, only to melt away again just as quickly. The highly developed musicality that drives Briefly Eternal is no more apparent than on third track “Remembrance”; its illustrious strings yearning through the shuffling groove atop more of that plaintive Rhodes, only to bloom via a well-timed key change for a stand-out emotional moment in an album full of heart-string tuggers.

It’s interesting that Leclair has opted to include previously released Horror Inc tracks on the long player, with a pair from the aforementioned Aurore EP, but perhaps most significantly “The Sentinel”, originally released on the Horrorama EP in 2003. In this instance, the track has been bolstered with a midpoint diversion into the more sassy, jazzy fare that provides a counterpoint to haunting tones throughout the album, but most significantly the core of the track has not been altered across the ten year gap since its first release. It points to the timeless quality Leclair is striving for on this album as he has done his whole career, darting away from the ebb and flow of trend that can steer dance music to create something that can linger for ten years and still sound vibrant and relevant. The fact that there are some decidedly non-house tracks present only adds to this sentiment, such as the loosely hewn “Bardo Thodol” with its lightly brushed drums and modal shifts.

From one perspective, it could be argued that Leclair has worked the same trick in various forms on each track on this album. There is an easily identifiable signature style at work, made up of just the right kind of string swells, and particular obscure keys and scales employed to give rise to the Horror of it all. Be that as it may, the devil is surely in the details here and each track makes the heart pang and delight with every twist and turn, often simultaneously. While his sliced and diced cut-ups as Akufen may have found him acclaim as a champion editor, Briefly Eternal is Marc Leclair’s crowning glory as a learned composer par excellence.