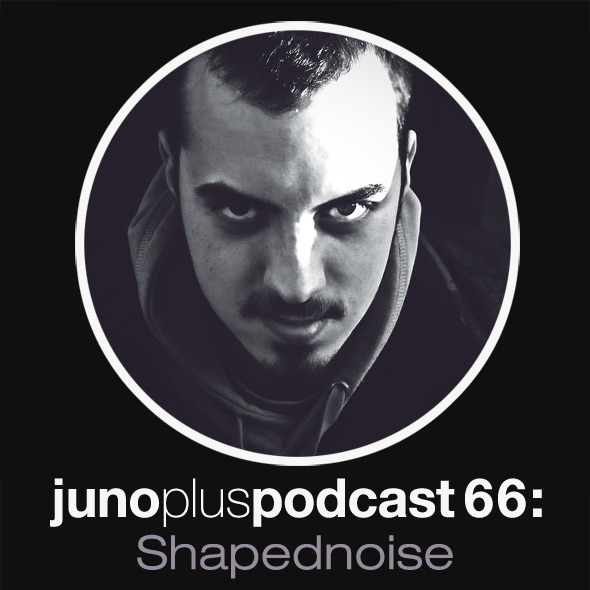 Take a trip into the murky waters between industrial sounds and techno with Repitch Recordings and Violet Poison co-founder Shapednoise.

With a new wave of emerging noise producers sweeping through the fields of harder-edged techno, Shapednoise is perhaps one of the better known acts to proliferate from a busy industrial movement. This year it’s been difficult not to know about the Berlin-based Italian known as Shapednoise, who in the past twelve months alone has been involved in three albums; two as Shapednoise and another as Violetshaped.

Unlike Samuel Kerridge, who virtually became synonymous with a hybrid form of industrial techno overnight, Shapednoise hasn’t had the instant exposure an artist might receive when releasing music on labels like Downwards and Horizontal Ground. Working his way from releasing digital EPs on Pfirter’s MindTrip Music in 2010, the shadowy Italian has since established his own techno imprint Repitch Recordings with compatriots Ascion and D.Carbone, been commissioned to remix Developer on Semantica, while honing his noisy craft in the studio to produce albums for Vatican Shadow’s Hospital Productions and the forthcoming Until Human Voices Wake Us on Opal Tapes.

Merging his productions and name with fellow Italian producer Violet Poison (who has also just released an album on Hospital Productions this year), Shapednoise becomes Violetshaped. The collaborative endeavour has resulted in the release of a distinctive self-titled debut album on their Violet Poison imprint this year, intriguingly preceded by a remix EP featuring an esteemed cast of producers in Roly Porter of Vex’d, Vatican Shadow and Kangding Ray. Looking further afield for The Remixes Part 2, the label has managed to wrangle an extremely rare remix from Keith Fullerton Whitman – only his fourth from a career that spans longer than a decade – while also securing others from Raster-Noton and Semantica act Grischa Lichtenberger, and JK Flesh, a fledging experimental pursuit of former Napalm Death guitarist Justin K Broadrick.

Shapednoise’s mix for Juno Plus is an accurate reflection of the sonic approach his own music takes, featuring abrasive sounds from Demdike Stare, Mordant Music, Russell Haswell and more across its 55 minute duration. In addition, Shapednoise was kind enough to field some questions we sent via email, discussing how he came to work with Violet Poison and Dominick Fernow, what to expect from Repitch Recordings and more.

Hey, how are things going in Berlin?

Hey! All good here, I love this city. It’s never boring and I couldn’t ask for more.

Thanks for the mix, where and how was it recorded?

I recorded it in my studio in Tempelhof. With regards to how it was recorded I’d prefer to keep it secret since I don’t like the idea that people would judge this set by the technology I used.

Was there an idea behind the mix?

Not really. I just selected what I actually like whilst mantaining the Shapednoise sound.

Let’s discuss The Day Of Revenge, your debut solo album for Hospital Productions. How did you come to work with Dominick Fernow?

I got in contact with Dominick since Violet Poison (the other half of Violetshaped) and I asked him to do a remix for us. Things worked out in a natural way, he released an album from me and one from my label pal. Dominick is a very special person.

This arrived around the same time as your Violetshaped LP with Violet Poison. Where are all these productions coming from? Music archived from past years or are they from a flurry of recent studio session?

How did the Violetshaped project come together?

It’s a project that started in 2012 by Violet Poison and I. Violet Poison was telling me about his label, and when I heard the first release I was really impressed with what he was doing. So we started to collaborate together and I became the other half of the imprint.

I think Violetshaped is more sinister than Shapednoise. My solo project is noisier. Violetshaped has enigmatic elements, whom/which are the main feature of VP music.

How did you decide – and approach – who would remix the album?

The idea behind the remixes was to mix artists with different musical backgrounds. Roly Porter, Vatican Shadow and Kangding Ray – and now Keith Fullerton Whitman, Justin Broadrick and Grischa Lichtenberger are all underground artists, each with a different approach to musical experimentation. Every one of them has their own idea of sound, but those ideas can link, so that there’s a logical flow between all of them. We both wanted these names for our label, instead asking to foregone producers.

Why was the first edition released before the LP?

Because I wanted to make a clear statement on what the sound of the Violet Poison imprint would be. 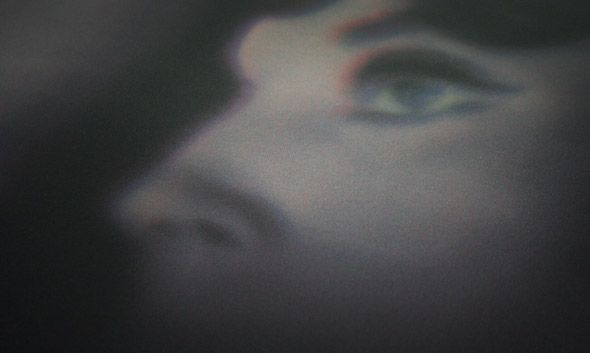 The Violetshaped project has a quite distinct visual aesthetic. What’s the inspiration behind it and who is responsible for it?

The main inspiration, which also affects our music, is the Italian horror movies scene from the ’70s and the ’80s. We love that photography, we can’t find anything good in the horror movies from the mid ’90s to today; too many 3D effects and no real fear. Mario Bava, Dario Argento and Lucio Fulci are our favourites, but there are a few obscure directors like Alberto De Martino who did two or three movies and they were fucking scary.

What’s it like being in the studio with Shapednoise? Quite a loud experience I would imagine? How do you settle down after producing such fierce sounds?

I never set my studio sessions to happen at a certain time or day; I just start producing whenever I feel inspired. I’ve never been able to control it. I usually do a first draft at home, and then go to the studio just to refine the tracks. Once I finished a production I usually like to take a break to clean my ears by not listening to any music for a few days.

How do you feel about the state of industrial and noise music at the moment. Do you feel it is more popular that what it once was?

I don’t care if it is popular or not. I just do what I like. VP was already discovering and listening to Liaisons Dangereuses and Throbbing Gristle in the early 90s… I took the same path during my teenage years and that musical background is still an influence on my productions.

How are things going with your label Repitch Recordings? Is there more to come from the Features series?

Good. So far this year we have released the Repitch 02 10” with a track by me and Ascion, and one by Davide (D. Carbone) as well as Repitch 000.2 which came out earlier this month. Currently we are working on the next Features release that will be a special collaboration…

You run Repitch Recordings with D. Carbone and Ascion. What is it like running a label with three people?

It’s cool to work with more people as we can split everything in an equal way with no stress.

How does your music differ from theirs and do your musical tastes ever clash?

Well, we have different musical backgrounds but that is the goal, we can mix up our influences and this can be funny.

Any plans for a label to run by yourself?

Ehh, no… I already run Repitch and Violet Poison. That’s a lot!

Can we expect more output from Repitch Recordings, Violetshaped or Shapednoise this year?

Yes, we are planning many new releases for both Repitch Recordings and Violet Poison with some external artists. As for Shapednoise, I have an upcoming vinyl and cassette release on Opal Tapes.

How did you get in touch with Opal Tapes?

I got in contact with Stephen as I noticed he was supporting my music, so we started a very friendly connection. He liked the idea of producing a release for him.

Was the idea of an album theirs of yours?

It was an idea from Stephen. Initially I had finished half of the 6 tracks, and then he asked me to do more.

How does it differ from your Violetshaped material?

Well, to me it doesn’t differ a lot. This release for Opal Tapes is maybe more noisy and extreme than the Violetshaped material, this one reminds me of the “Day Of Revenge” tape on Hospital Productions.