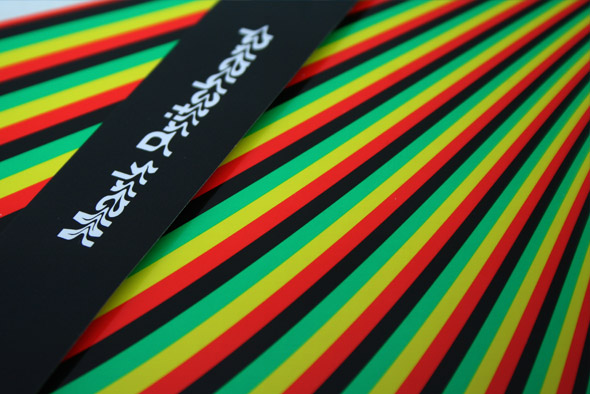 If there’s one thing that can be relied on, it’s that the term “techno” will be continue to be stretched to its limits on a weekly basis, and the last seven days proved no exception.

Punching through those boundaries by quite a considerable margin was the new doublepack from Morphosis on Honest Jon’s. The producer otherwise known as Rabih Beaini has been repping some pretty out-there artists via his Morphine imprint of late, but the Dismantle EP reminds us that there’s nobody quite as capable of producing mind-warping modular techno as Beaini; the recording of his live score to Carl Theodor Dreyer’s Vampyr on disc two is an added bonus for fans of freeform analogue experimentation. Utilising a similarly folk-inspired approach to techno was James Holden, whose long awaited second album The Inheritors was finally released this week, an album that counts folk music and pagan rituals amongst its influences.

The rising star that is Samuel Kerridge also delivered another four explorations of the fringes of noise and techno for Downwards this week; despite a name that sounds like a slightly lofty piece of sixth form poetry, From The Shadows That Melt The Flesh was nevertheless a typically serious affair for Karl O’Connor’s label which builds on his previous form. Of course there was also some considerably more traditional techno this week in the form of Paradise, Detroit legend Robert Hood’s debut album as Floorplan, combining his minimal aesthetic with elements of house, disco, funk and gospel. Combining minimal and industrial elements was number 13 in the Frozen Border series, with #.4.26. stepping up for three tracks of gritty, booming rhythms and dub textures, while veteran producer Alex Cortex brought his hardware techno to Skudge Records with Have Liveset Will Travel.

That sleek, futuristic aesthetic was shared with Ghosts, Mark Pritchard’s return to Warp which saw him combining footwork and global bass styles into an icy palette of clipped snares and neon synthwork in a similar way to Kode9’s recent outings for Hyperdub and Rinse. It was an approach similar to Lord Tusk, who provided the Natural Partnership EP, the debut release for Levels, the record label run by Jon Rust who is best known for presenting the NTS show No Boring Intros. Taking in house and hip hop, opening track “Natural Partnership” nevertheless sounded like it was occupying two tempos at once, with shrill synth tones paired with satisfyingly crunchy beats.

More rhythmic machinations featured on Leyland DAF 45, the WNCL Recordings debut of Kamikaze Space Programme, whose broken techno percussion came complete with a healthy dose of swing; similarly dubby and Bristol-influenced was Dot Product, the new Apple Pips release from Lrusse & Bleecker, whose mid-tempo house came with some heavily set subbass. The best record from the ever morphing bass continuum however was Nexus, the debut album from Bristol’s Young Echo collective on Ramp, which should prove the perfect primer for those yet to be acquainted with their atmospheric take on experimental music steeped in soundsystem culture.

However, if there’s one producer who can be guaranteed to confound expectations, its DJ Sotofett. This week he appeared twice; first on the Reminder EP turning in an incredible ’90s hardcore revision of SW on German imprint Sued, and second on Full Pupp providing three versions of Prins Thomas’ “Bobletekno”, all showing the producer’s dubbier, more ambient side. Joey Anderson has been equally as prolific in the past year, so it was little surprise to see him on Absurd Recordings offshoot Avenue 66 with Above The Cherry Moon. The label’s remit is supposedly “left of centre house and techno”, and Anderson is a perfect choice for the label; the Vakula remix provides a distinctly dreamier take of Anderson’s abstract original.

Similarly East Coast house vibes were delivered by the Esperanza label, who saw fit to reissue Fred P’s “On This Vibe”; weaving those quintessential soul-wrenching chords around a spartan beat and letting the delay and reverb call the shots, the Patrice Scott remix just adds to the deep house masterclass. The ever-dependable Rush Hour also came through with a repress of Braxton Holmes and Ron Trent’s ERB collaboration “The Weekend”, a piece of bonafide deep house from 1992 that puts the rest of the era’s so called house music to shame. Really though, or house fans this week it was all about the vinyl edition of Omar S’ Thank You For Letting Me Be Myself, which came in two parts, over four 12″s.