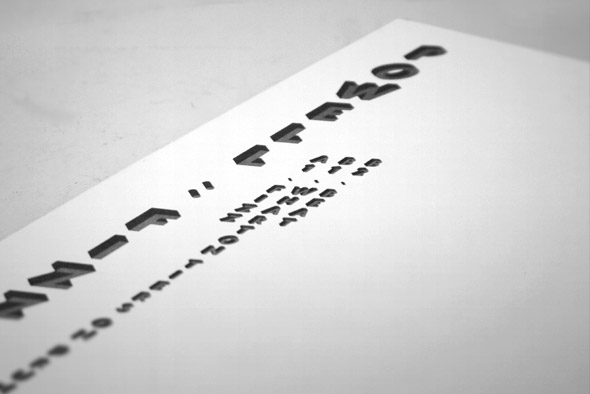 Gauzy, weird, yet sumptuous house music seemed to be this week’s running theme, and top of the list was the unexpected appearance of 100% Silk and Planet Mu artist Ital on Berlin’s Workshop label.

Although the producer’s psychedelic style might seem at odds with Workshop’s more austere take on house, the three tracks on Workshop 18 fit comfortably within the label’s aesthetic, with the producer toning down some of his wilder elements without losing any of his character. Similarly rich was Silent Teaching, the debut record from Aquarian Foundation on Going Good Records; combining elements of dub techno, deep house, ambient and even jazz, the record occasionally comes across like Sun Ra making house music. Anton Zap rounded out the trio with Water, his debut album for Apollo, featuring seven deep house tracks flirting with downtempo moods.

Somewhat more traditional, but no less vital, were a pair of 12″s from DJ Sprinkles, acting as samplers for his forthcoming Queerification and Ruins remix compilation, while some harder edged house could be found on Shrapnel Maestro, the excellent new LP from the prolific Tuff Sherm, with robust tracks like “Hawkins File” and “Boiled” nevertheless filled with an eerie kind of funk. On a slightly brighter, boogie-infused tip, Gifted & Blessed returned with the sublime sounds of the 3 Aspects Of One EP, with the spiralling melodies of “The Beginner” a particular highlight.

We’ve been waiting some time for Helix to return following his excellent turn on the Stacks Riddim 12″ for All Caps last year, and his new contribution to Night Slugs’ Club Constructions series is about as great a return as we could have hoped for; tracks like “Whoosh Ice Dispenser” and “Damnson” display all the fearsome rhythmic gymnastics of his past work but significantly more refined. Some moodier bass fare could be found on the new record from Beneath, whose Strike A Pose EP for Nice N Bump saw him deliver more of his swung sub bass mechanics; a stark contrast to Bristol producer Hyetal’s Northwest Passage single, whose colourful take on bass found itself remixed by Vessel and Factory Floor to stunning effect.

Techno fans were spoiled this week, with a number of essential titles seeing release. Speedy J and Lucy’s Zeitgeber collaboration on Stroboscopic Artefacts saw the pair pushing themselves in a particularly avant-garde direction, with eight tracks that pulse with strange rhythms and textures. Somewhat more straight up were Marcel Dettmann’s remixes of Vedomir on Dekmantel, reworking tracks from the producer better known as Vakula into something suitable for Berghain, but with all the delicacy of the original works left intact. Harder hitting still was the Clone Basement Series debut of Najem Sworb, whose Renow EP displays an overwhelmingly rugged take on techno that feels like Mike Parker’s Geophone explorations transported to outer space; somewhat more industrial in tone was Forward Strategy Group’s brilliantly named The New Formal, whose three tracks displayed some satisfyingly meaty kickdrums, shackling percussion and steely textures.

US techno also put in an excellent showing this week, with Terrence Dixon’s new record under his Population One moniker standing out a mile due to its off-kilter energy and foggy textures, things made even more vivid in Actress’ remix of “Self Portrait” that accompanies proceedings. Detroit producer MGUN’s new If You’re Reading This EP for Don’t Be Afraid was similarly tripped out, with six tracks swinging between tape screeching boom bap and almost Berghain-like cuts, with wet reverb, dribbling acid and washy synths, featuring throughout. L.I.E.S. also continued their unbelievable run with a selection of “Long Mixes” from Marcos Cabral’s forthcoming album, where uncompromising rhythmic noise was the order of the day, and Tresor released the second part of Juan Atkins and Moritz Von Oswald’s Borderland series.

There were also plenty of interesting records skirting around the genre fringes this week, with the eagerly awaited appearance of Diagonal Records boss Powell on Mute’s Liberation Technologies imprint one of the week’s notable highlights, with “Fizz” and “Wharton Tiers On Drums” providing more of his uniquely deranged post-punk collage-techno. Diagonal also put out its first non-Powell releases in the form of Blood Music’s self-titled EP, with similarly noisy post-punk influences at play alongside noise and drone elements, while this week also saw us given the opportunity to indulge in Albidaya, the excellent new folk-focused album from Rabih Beaini, better know to most as Morphosis.