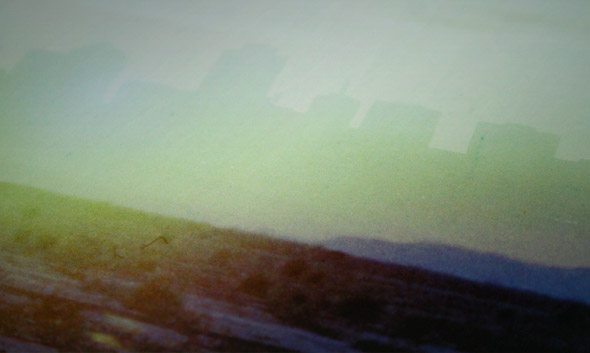 It’s been eight years in the making, but today finally saw the long-awaited release of the new album from Boards Of Canada.

Unlike the recent Daft Punk LP which followed a similarly lengthy marketing campaign, Tomorrow’s Harvest is actually a pretty good album; it doesn’t reinvent the duo’s sound by any means, but it is on first impressions considerably more involving than Campfire Headphase. A more arresting album in our books arrived on the ever-impressive RVNG Intl; Stellar OM Source’s Joy One Mile sees the Hague-based producer Christelle Gualdi continue the Detroit-indebted sounds of last year’s EP for Rush Hour, and it comes across as easily her most accomplished work to date, building deceptively complex electro structures with a sparing number of elements, all mixed by none other than Kassem Mosse (who provided the remix on the accompanying single, Elite Excel).

Similarly vivid was the return of Mike Paradinas’ µ-Ziq moniker to Planet Mu, with the Xtep EP delivering an impressive collection of smeared melodies, piano rave pastiche and even footwork inspired beats. Legowelt and Xosar’s Xamiga project also returned with the Oceania EP containing some similarly ’90s inspired house with a subtly dystopian twist. The Originator Juan Atkins also arrived in force alongside Moritz Von Oswald for the first part of their Borderland project on Tresor, with the two mixes of “Electric Garden” providing some austere techno for home listening. Finally, Jakbeat artists Mutant Beat Dance arrived on Light Sounds Dark with Mutated Moods, a collection of tracks recorded between 2006-2008 with a primal, primitive energy that will appeal to fans of early Regis (think White Savage Dance) or In Aeternam Vale.

Bristol is a city mentioned a lot in these pages, but the amount of great music coming from the city this week was comparatively off the chart. Livity Sound’s Dnous Ytivil sub-label put out another pair of Shackleton-inspired, bass heavy tracks from Alex Coulton, who adopted his most stripped back sound to date on War Games. Veteran producer Appleblim also dropped his first solo cut in the form of the vivid, house-focused Flourescent, while the excellent Ishan Sound joint “Clash Of The Titans” got the remix treatment from two of the city’s finest in the form of Kahn and Hodge, who gave it slow, dread filled and propulsive reworks respectively. Kahn also popped up remixing Young Echo affiliates Jabu on their excellent dub-inspired Move In Circles 7″ for No Corner, with Kahn’s rework of “You & I” giving it some hesitant dubstep flavour. Finally, the unlikely combination of Kowton and Julio Bashmore delivered the brilliantly catchy “Mirror Song”, pairing Kowton’s trademark grime rhythms with Bashmore’s divisive bounce.

Of course Bristol wasn’t the only city representing in the bass music field; London’s Terror Danjah and Champion teaming up on Hyperdub’s Sons Of Anarchy 12″ to deliver some killer grime and funky hybrids, while the anonymous outfit Itinerant Dub delivered an essential 12″ of stripped back bass-focused tracks in the form of Itinerant Magic, recalling early Skull Disco with a hint of overdriven grit.

This week also saw a brilliantly diverse selection of house music to suit all tastes. Amsterdam’s Awanto 3 headed things up with the funk-imbued “Holy Mozes” and the unhinged troplicalia of “The Gun” on Rush Hour’s Voyage Direct, the latter of which found itself given the remix treatment by Aardvarck, who went against the grain of his recent productions by making it considerably less frantic. Atlanta-based Moon B also returned to People’s Potential Unlimited with the boogie-infused beats and smeared melodies of Sussegad, featuring two live cuts from a recent party at New York’s Mutual Dreaming. Erdbeerschnitzel also provided the Cushion EP, the latest release for Delsin’s house series, with the producer’s choppy, bustling style proving a logical addition to the canon.

Some slightly more traditional deep house could be found on Detroit veteran Big Strick’s latest EP for his own 7 Days Entertainment, with the four cuts spread across Groove more than living up to its name. Another of Detroit’s more wayward sons, Jimmy Edgar, put out the first release for the Ultramajic he has started with Machinedrum; Hot Inside is about as straight up as it gets for Jimmy Edgar, dispensing with the electro of last year’s Hotflush LP for three tracks of jacking house cuts. However, perhaps the best of the week was in fact John Talabot’s standout ƒIN album track “So Will Be Now”, which found itself the subject of a reworked 12″ release.