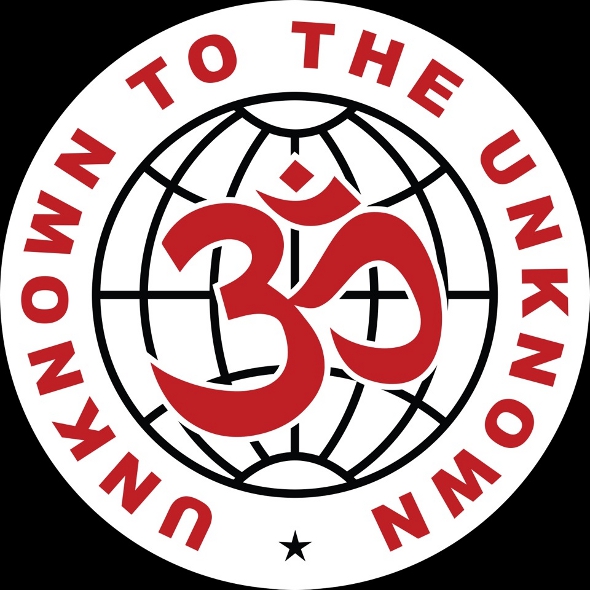 If you were ever to seek out a record that encapsulated what Unknown To The Unknown was all about, Ohm’s ’92 classic “Tribal Tone” may well be it. DJ Haus’ pet project of wildly careering rave fodder always keeps one foot firmly planted in the good old days, just as much as it charges ahead to celebrate the future-minded facets of electronic music, but importantly everything is underlined with a tongue-in-cheek irreverence that keeps things from ever getting too po-faced.

When it first came out in 1992 (swiftly followed the next year by a clutch of reissues and remixes), “Tribal Tone” became something of a ubiquitous house track, with two distinct versions that catered both to the more measured, straight-up house crowd and the nascent hardcore soon-to-be-junglists. Re-mastered but kept in their true original forms, the “Mo’ Better Grooves Mix” and the “Ruffneck Mix” of Al Watson and Yogi Haughton’s classic early ’90s party fodder can still cut it in modern times, not to mention calling out plenty of lazy imitators skulking round these parts.

The “Mo’ Better Grooves Mix” rocks a deadly shuffling house beat straight out of the annals of New Jersey, but it’s the weighty organ bassline that lights the touch paper when it comes slinking in. Twenty years after the fact, the sound of an organ bassline over a swung house beat is far from revolutionary, not least when every below par house producer is having a crack at the sound right now, but the roughness of Ohm’s approach is what sets the record apart from a slew of carbon copies. First off there is the ropey wind sample which blusters through the whole track, sounding utterly tinned and all the better for it. On top of that you have a spiritual vocal hook that calls to mind the earliest toe-dips into trance when it was all Goa and Leftism, and then a scattershot array of diva licks throughout the track with all the well-worn tropes you could care to think of (“just keep moving, just keep grooving… there’s something about the music…”). Cap all of that off with a rude interlude of melodic drum pounding, and there’s little doubt this is the sound of producers feeling their way through a track rather than consciously aiming to capture a sound. There’s just no faking that kind of roughshod charm.

If the former mix is a fun and accessible groover, the “Ruffneck Mix” soon puts paid to such light-hearted notions with a fearsome techno stomp that kicks in from the get-go, taking that melodic drum breakdown and making it the central theme of this version. On top of the spiritual chants come ragga vocal licks, echoing the first hiccups of ragga jungle before it let out a full-blown belch, all the while drilling out a militant intent in the drum patterns. In truth, not many producers could get away with firing off samples so repeatedly and erratically in these times, which is probably for the best, but in the context of an old classic it all adds to the imperfect brilliance of unpretentious raving.

There’s an interesting twist to this release in terms of the remixers enlisted to bring “Tribal Tone” into the modern age. Considering the gravity of the release, Marquis Hawkes is quite a fresh choice with just a couple of 12”s for Dixon Avenue Basement Jams behind him. That’s not to say that he’s a worthy choice, and his colourful version certainly fits in with the UTTU vibe very nicely indeed. It’s hard to hear much of the source material in his version once the weighty bassline and snappy dashes of synth come sliding in, which in many cases might not be such an issue, but around the gravity of a notable reissue it does seem a little brazen.

That said, Capracara has been at it far longer and is equally unconcerned with retaining much of the original flavour in his remix. However, the version seems to match to the original tracks much better, stripping away any sense of modernism even if the production techniques are in there somewhere, instead working crusty breaks, wobbly sub bass and MIDI sax to great effect. If it weren’t so effectively mixed down it could easily be from a bygone era.

It’s not often that this writer would consider remixes to owe anything to the source material, and indeed some of the finest over the years have flagrantly disregarded their jump-off points and wound up as entirely new tracks. However this release is a bit different, and not just for the sake of being an old tune. If you hunt down the original pressings of Tribal Tone online, they’re all readily available for slim prices. Unlike so many reissues brought out these days, this isn’t a canny move to cash in on a highly sought after, rare-as-rocking-horse-shit 12”, but instead a truly honest move to bring a forgotten classic to the attention of a new generation of party heads. As such, the boundaries feel a little different and it might have been more interesting to see how the original dynamics of the tracks could have been contorted into a modern context, rather than cast aside as it seems they have been here.
That said, it’s easy to go overboard on nitpicking and the remixes on their own both kick it hard in the right places. Coupled with two slamming old-skool cuts on the A-side, it’s hard to grumble really.