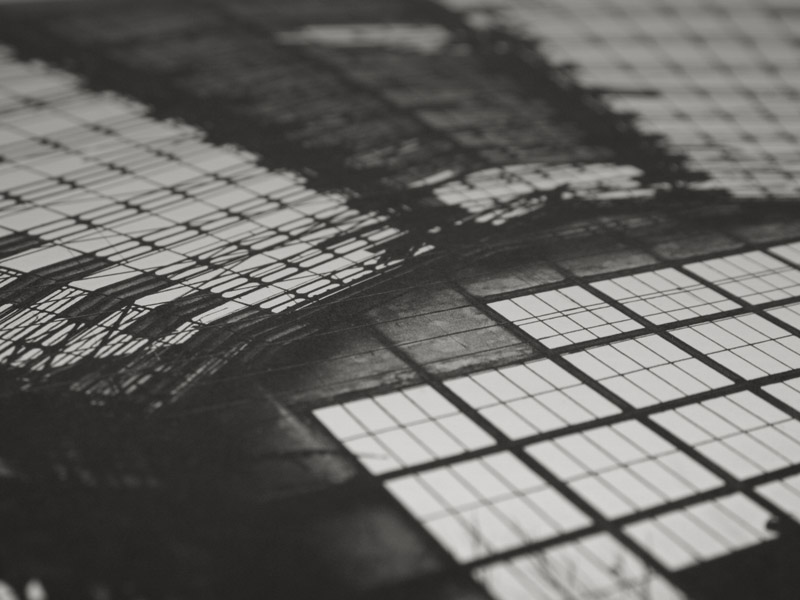 Given the decidedly grim weather in London for much of last month, there must be some subconscious meteorological reasoning for the monochrome nature of many sleeves picked from April’s releases.

That said, there’s also something quite alluring about the black & white printed sleeve, the contrast between light and darkness vivid and striking at 12″ x 12″ scale; this was most apparent in the Ishan Sound release Clash Of The Titans on Peng Sound with Tape Echo’s Alex Digard ensuring Ras Addis’ portrait looms just as large on the cover as the Addis’ commanding, authoritative words on justice and equality do on the music within. Equally striking was the cover art for Anika’s latest self titled release for Stones Throw which made use of silhouetted photography from Dirty Beaches artist Alex Zhang Hungtai, capturing the singer performing on stage with steam seemingly rising around her.

Central to Ed Banger’s appeal was the creative vision of artistic director So Me, and whilst the label might not enjoy the widespread acclaim it once did there’s little doubt that Bertrand de Langeron still possesses the talent for a killer record sleeve, as demonstrated on the recent round of Larry Garnier remixes issued on 12″. Adopting a similar two tone approach, the Lovers Rights release for Glaswegian label High Sheen also impressed with its thickly pressed print in amorous red; it’s little surprise that Grampian Mountains, the design agency responsible for this also delivered the wonderful printed insert that came with the third All Caps release from Kowton.

After dabbling in cover art inspired by scenes of ancient mythology for a couple of Chasing Voices records, the most recent transmission from Preserved Instincts came wrapped in a sleeve that can be best described as an exercise in asking someone demonised by nightmares to draw the monsters in their head. Mehdi Rouchiche once again excelled on a Crème Organization release, blessing DJ Overdose’s Bizarro World LP with his distinct brand of illustration, Vinalog’s latest release for Relative once again called on the compositional framing talents of Milanese photographer Alicia Futura Bridger, whilst We Can Elude Control’s 12″ release of rare Nocturnal Emissions material featured artwork from the iconic band’s central figure Nigel Ayers.