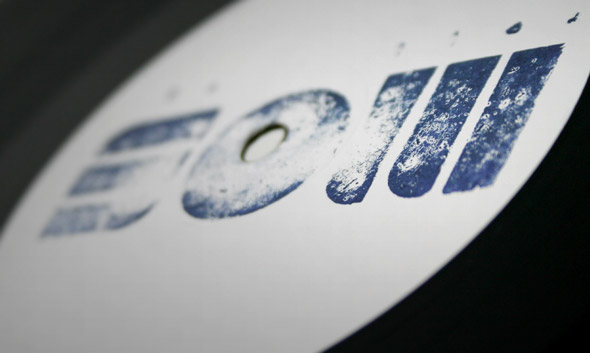 The notion that labels no longer act as filters doesn’t hold sway when one considers the M>O>S operation. Set up by Aroy Dee in 2003, its original purpose was to release music by the Dutch producer himself as well as close associates like Delsin boss Marsel (as Peel Seamus) and Jochem ‘Newworldaqurium’ Peteri under his Ross 154 guise. While fads and fashions have come and go during the intervening decade, M>O>S is inadvertently positioned as one of the most relevant labels of the moment.

Call it an accident or a happy coincidence, but the label’s perseverance in forwarding a sound that mixes Detroit depth and Chicago rawness rounded off with some modern day abstraction means it sounds familiar but also idiosyncratic and unique to M>O>S. Put it down to Dee’s A&Ring skills or just a proliferation of analogue tracks, but there is a stylistic link, a commonality of sound on every M>O>S and M>O>S Deep release, and this connection is audible on the Dream Sequencer EP.

Chicago native Ike Release has featured before on the label through the split record he put out last year – one side featured Release himself, the other boasted a track from the Innerspace Halflife project he works with Hakim Murphy on. From the three tracks on Dream Sequencer, “Westview” is the most typically identifiable M>O>S track, even though the rhythm is lopsided and the mood nocturnal as plunging, churning Chicago bass leading into a sweeping chord sequence with an underbelly of fiery acid. “Cosmic Supreme” meanwhile, sees Release take inspiration from the roughest, grimiest end of Sound Signature’s catalogue. In particular, its relentless beats, spiky percussion and grungy, stuttering bass belches could be Spektre’s mighty “Pipe Bomb” re-imagined in a cathedral filled with synths, its primitivism embellished by irresistibly eerie melodies.

The highlight however is “Spells”; like all the best M>O>S releases, it sounds familiar but different. The bass drones menacingly and relentlessly, swelling and ebbing, accompanied by niggling percussion and a bleary acid undercurrent. After a few minutes it eventually gives way to ghostly synths, but it’s Release’s willingness to make something genuinely different sounding –  like a M>O>S take on Gesloten Cirkel’s sewer techno – that ensures Dream Sequencer earns its rightful place in this label’s stellar catalogue.

A1. Cosmic Supreme
A2. Spells
B1. Westview