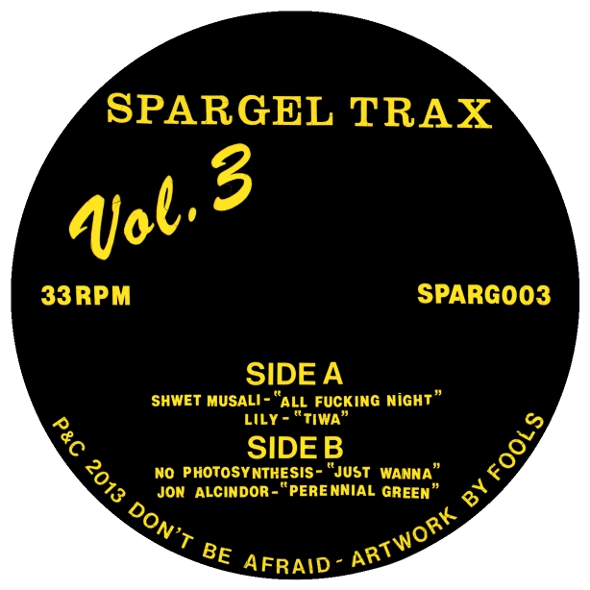 London-based Don’t Be Afraid will revisit their Spargel Trax series on Record Store Day with volumes 3 and 4 of their asparagus-inspired concept.

Launched last year as an offshoot of Semtek’s Don’t Be Afraid label that celebrates “the dual seasonal themes of great music and great asparagus”, the initiative was borne out of the fact that Record Store Day shares calender space with the first day of the British Asparagus Season, with the name taken from the German translation for the delicacy. Amidst the reissues of tired rock and indie records that seem to clog up most of the Record Store Day schedule, the Spargel Trax concept stood out thanks to its tongue-in-cheek approach, and excellent music.

Like last year’s offerings, both new volumes see a number of established producers working under asparagus inspired psudonyms, though Don’t Be Afraid have also promised some newcomers for these volumes; it’s testament to the veil of secrecy placed around the releases that we still have no idea who was involved in last year’s records. Fans of last year’s records will be plesed to see the return of the Alan Partridge-esque moniker Slazenger’s People, while names new to the series include No Photosynthesis and 48v Spargel Brothers. Once again, deep, throbbing house music is the order of business; both can be streamed in full below.

One 12″ will arrive on yellow vinyl while the other will arrive on purple vinyl, complete with inserts detailing asparagus recipes from the Chef and Proprietor of Brixton’s Salon restaurant, Nicholas Balfe. Both will be limited to 280 copies each, and will appearing in your local record store on April 20.