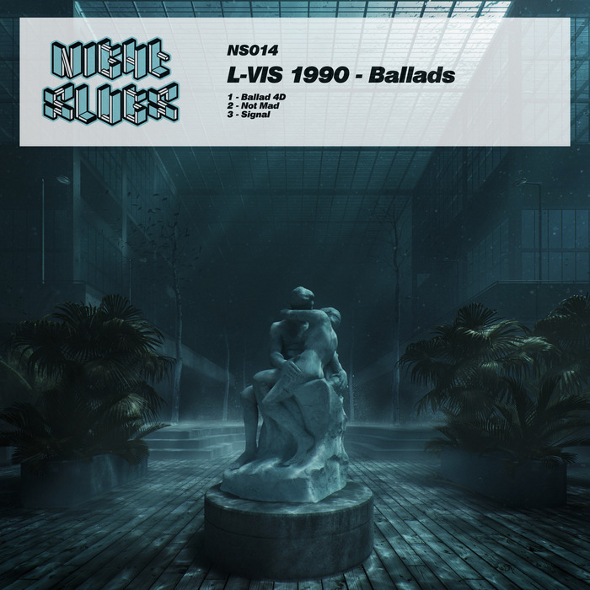 James Connolly has always been one of the trickier members of the Night Slugs family to get a handle on; his discography as L-Vis 1990 over the past four years has seen him deliver translucent UK funky, an album of full on pop for Island, and raw, tracky, Dance Mania-inspired club music. It was this last category that Connolly seemed to feel most at home with, and when he followed up that first record of Club Constructions on Night Slugs with a similarly rubbery house record on Clone’s Jack For Daze it felt as if he’d finally settled down into a groove.

Ballads however proves yet another stylistic about turn from Connolly, but unlike the usual one that seems to have delivered his best record yet. While Club Constructions Vol 1 was technically accomplished and provided a refreshingly unpretentious collection of thumping club tracks, there was little to grab hold of beyond its analogue, tape-saturated palette, jittery, copiously flanged hi-hats and linear energy.  Ballads however feels like a much more varied set of tracks; channelling the same viscerality and bone-dry drumwork of his recent Dance Mania emulations through a cubist lens, he chops up the pieces of ghetto house and rearranges them out of sequence. Although they have more than a bit in common with recent productions from Night Slugs family Jam City and Bok Bok this only serves to give his productions that indefinable Night Slugs quality.

“Ballad 4D” is perhaps most reminiscent of “Liberation Front” from fellow Night Slugger Egyptrixx thanks to its monochromatic complexion and K-hole sonics; drawing you in gently with lightly brushed percussion and marbled pads, its sunken siren and dry toms feel like the aural equivalent of being waist deep in tar. The whipcrack claps and flanged hits of “Not Mad” are most like his Club Constructions tracks, but suspended by a wireframe model texture mapped with broad strokes of boogie synth, and placed in a grain silo.

“Signal” takes similarly lopsided approach with its beats that approach from all angles and electro funk bass that jabbers in from unexpected depths; it seems to be the kind of track designed to as much to disrupt the dancefloor with sheer confusion as to ignite it, tempering its noisier tendencies with skewed electro-acoustic tones that hover in like a 1950s UFO. Connolly could perhaps do with throwing a few less of those pieces into the mix, but like the best Night Slugs releases Ballads succeeds by nature of its naïve approach to total abstraction.