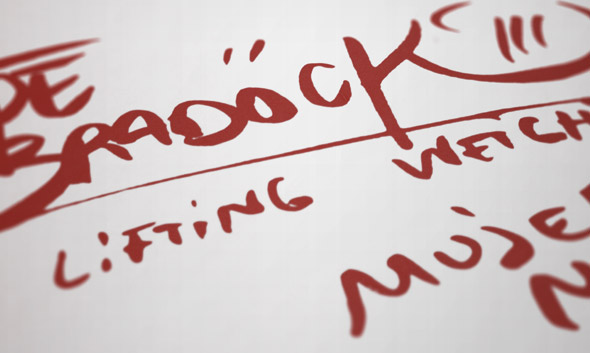 If ever you were to enter into a listening experience with a sense of uncertainty, it could very easily be with this record. Acid Test, a sublabel of L.A collective Absurd, has in just a small cluster of releases established itself as a reliable bastion for futuristic considerations of 303-driven dance music. There’s no escaping the omnipresent acid machine, still as fetishised and relied upon for rave nastiness as when Phuture paved the way back in ’87. Where scores of producers still see an acid track as a simple combination of drum machine beats and the aforementioned 303, the team behind Acid Test are more concerned with deepening the creative possibilities that the tried and tested sound can be contorted to.

Their releases so far from Achterbahn D’Amour, Tin Man and Donato Dozzy amongst others have illustrated just how diverse an instrument the lysergic squelch can be, buying into the psychedelic potentials without once alluding to the predictability of a ‘jack track’. Pépé Bradock is likewise a tricky proposition to second guess, with a careering sound that swerves into all-out jazz territory via refined deep house, nutty found sound collages and plenty more besides. It’s not so common to find him turning to a more focused kind of rave music though, seemingly more concerned with the cerebral than the physical in his output, and so that previously referenced uncertainty looms large over this record before putting it on.

Of course it’s more excitement than nerves that dominate, which is thankfully justified across every single second of this seventeen-minute record, with Bradock rising to the label’s remit with aplomb and serving up a kind of acid you will have never heard before. “Lifting Weights”, and its counterpart “Mujeres Nerviosas”, sport the hallmark Bradock tendency to cover many different moods and moments within their running time.

The former comes on steady with a rigid beat tweaked with some wildcard effects, while slow-release guitar chords drift out in the background. Just at the point that you start to question where the acid might be in this track, a brooding bassline switches into action and slowly but surely an expressive and thoroughly harmonic acid line comes darting into the mix. It jostles for attention with many other wiry elements of noise and synthesis, but Bradock seems to acknowledge the sense of occasion and momentarily lets the squelch ring out on its own, or at the very least dominate the mix before slipping back down into the meleé. Past the searing peak of the track, the bassline has its turn in the spotlight and the acid melts away, moving into yet another mood simultaneously independent from and yet inextricably linked to the rest of the dynamic track.

“Muheres Nerviosas” kicks into the acid with not a moment wasted, finding a choice darkside line to rinse for eight bars before it gets shelved in favour of a classic French slice of wonky, jazzed-out sampling. It doesn’t take too long before it slams back in the mix again, this time layered with various clones that create a head-spinning detuned effect. Playfully cutting between these mutations on the one acid theme (a sign of respect to the foundations of acid house music) and similar manipulations of the jazzy interlude, Bradock creates a glorious push and pull that constantly vies for your brain to travel in opposite directions as though two clashing tracks were being cut up by a particularly fearless punk on the decks. A more spacious mid-section piles on haunting synth notes over the rock solid beat, but soon enough those core elements are back in play in new contortions of processing, tweaked to their limits and then bounced through another effects unit for good measure before the acid phrase gets left to its own devices to gnarl out in peace.

It’s a joy disassembling tracks as articulate and expressive as Bradock’s, and in many ways it helps make sense of electronic music that doesn’t play by the rules, even if it shows an innate understanding of them. His is a fine and natural addition to the legacy Acid Test are carving out for themselves, while it’s a real treat to hear Bradock getting nasty with one of rave’s all time greatest tools.

A. Lifting Weights
B. Mujeres Nerviosas