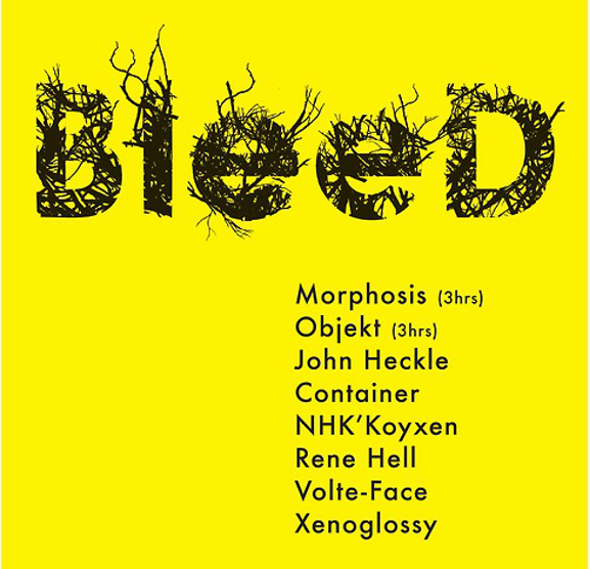 Amidst the sea of poorly conceived lineups that fill London venues, BleeD increasingly stand out for their unerring commitment to giving the more experimental end of electronic music a platform to perform, as anyone who attended the sold out Blackest Ever Black showcase last October will attest. Returning to Corsica Studios on April 20 for the first time since then, BleeD look to a more diverse selection of artists for an equally appealing lineup headlined by Morphine Records boss Morphosis who will be performing an extended DJ set – cop a listen of this superb mnml ssgs mix for an idea of what to expect.

Complementing Mr Beaini is the UK debut of fellow Morphine artist Container, who will be treating attendees to a live performance of his singular brand of cacophonous, hardware-based techno, as will Liverpool’s Mathematics Recordings correspondent John Heckle. PAN duo Rene Hell and NHK’KOYXEN also perform live whilst Hessle Audio artist Objekt provides further potentially thrilling DJ support along with BleeD resident Volte-Face, and we have a pair of tickets to give away to one lucky reader.

[jp_comp question=”What was the name of the Container EP released on Morphine Records recently?”]

Entries will close at midday on Friday April 19, and the winner will be selected at random and notified shortly afterwards.

Those wishing to find out information about future BleeD events, featuring the likes of Vatican Shadow, and Gary Wilson, as well as label showcases from Diagonal Records and Subtext should check their Facebook page. 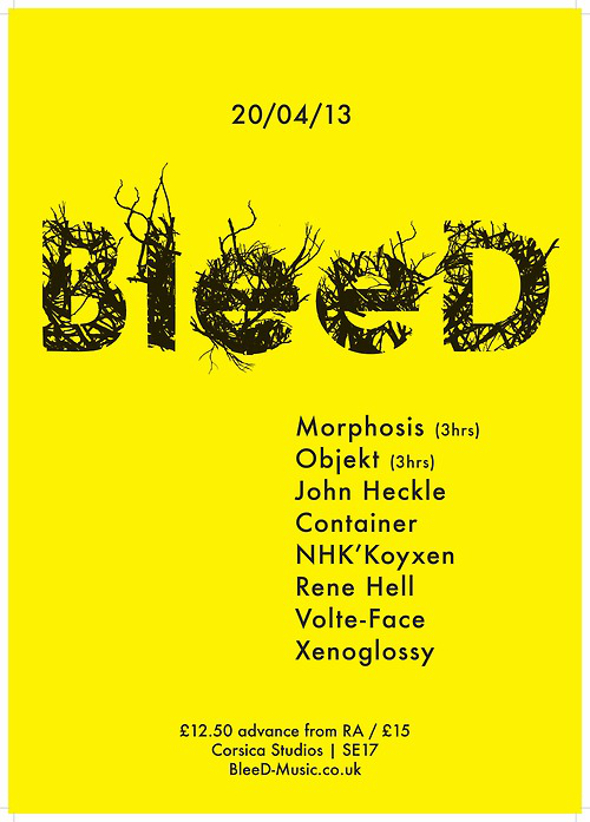