First appearing on Joakim’s Tigersushi label in 2011, Yes Wizard was introduced as a mystical musical urban legend that Joakim unsuccessfully searched for when on holiday in Ubatuba, Brazil, only to find a few tracks from the mysterious producer when he arrived back in Paris. Of course this fanciful tale has led many (us included) to presume that Yes Wizard is simply another moniker for Joakim himself; however the music of Yes Wizard is subtly different, being characterised by tropical rhythms and colourful Afropop melodies, filtered through the kind of acidic maximalism practised by the rest of the Tigersushi roster.

Now further evidence to suggest that Yes Wizard’s backstory is not what it seems to be has arrived; the producer’s second record will arrive on Crowdspacer, the recently launched vinyl-only imprint run by Joakim. Taking its name from a dance performance by Merce Cunningham, Crowdspacer launched earlier this year with a release from Everyone, a trio comprising Joakim, Kindness and Jam City (under the name V. L’Traques), and the label as whole was started as a “tribute to the sheer power of Music and more specifically the power of Dance as a ritual perpetuated throughout history, from the cavemen to our modern clubs”.

Yes Wizard’s appearance on the imprint would seem to cement the label’s commitment to what it describes as “techno primitivism, trans-gender house music, tropicalism and trance, mutant disco, fun avant-garde, timeless futurism”; entitled Generator, Yes Wizard’s third record is described by the label as “Voodoo techno at its best”, with “Ubatuba” a rubbery combination of dark, pulsating modular house in the Bass Clef vein and UK funky-style rhythms.

No release date has been announced, but a clip of “Ubatuba” can be heard at the Rush Hour website. 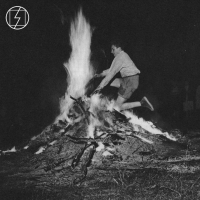 A. Ubatuba
B. Generator2