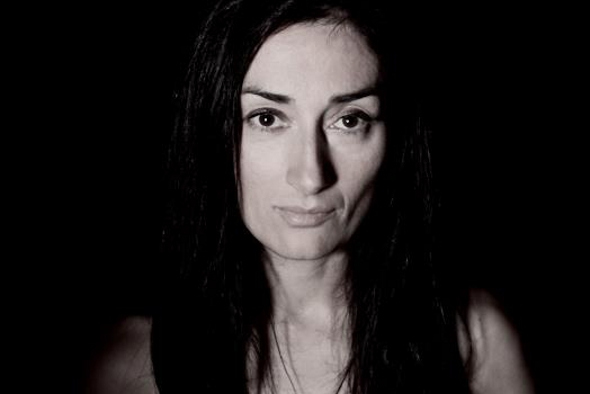 The enigmatic Paula Temple returns to techno with a vengeance, supplying R&S with a cataclysmic three-track EP.

Surprisingly (and shamefully), Paula Temple’s forthcoming Colonized marks the first time in the 30 year history of R&S Records that a female has released on the label; the EP sees R&S hark back to their techno roots by supplying the seminal imprint with some with hard hitting industrial-edged techno in the manner of recent releases from MPIA3 and Blawan. Temple however is not by any means a new name, with her first release coming via Chris McCormack’s Materials label in 2002, receiving rapacious support from Claude Young and Dave Clark; Jeff Mills also included the track “Contact” from the EP on his mix CD Exhibitionist – famously recorded in an Amsterdam shop front.

Until now, The Speck Of The Future was her only release as Paula Temple, although she produced the End Without World LP as Fragile X for obscure cassette and CD label Pecho Grande in 2005, while her 2006 track “Dance Of Energies” as Jaguar Woman appeared alongside Anthony “Shake” Shakir, Richard H. Kirk and Dan Curtain on the Black Dog’s Dust Science Recordings sampler Keep The Faith.

The Colonized EP sees Temple move away from the faster and melodic stylings of her previous work, and delivering two slabs of brutal industrialism instead. All three tracks bluster with a bullish brutality, but Temple does show moments of reflection and serenity, particularly in the title track, which Perc reworks with gravelly rhythmic mechanics and metallic textures; the digital version of the EP comes with two digital bonus tracks, one original and one further Perc remix.

R&S will release Colonized by Paula Temple on May 13. 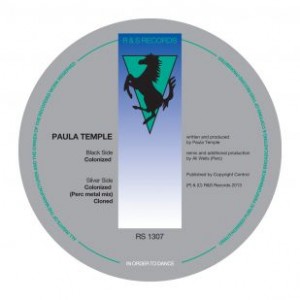