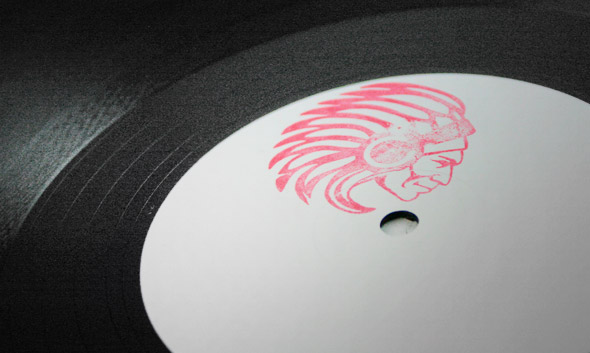 Anthony Naples comes across as so self-effacing and modest that you wonder whether he’s extremely humble, or perhaps a little embarrassed of his own productions at times. Promotional text for the recent Moscato EP shows how hesitant he is to put himself on a platform, with Naples minimally stating in a press release that the “A-side is some warpy house thing…” and that he was ” too faded to EQ it properly”. It’s the textual equivalent of a casual shrug. Though this might reflect Naples’ low-key approach to publicity, it also portrays the openness he approaches projects with: doing what feels natural seems to be an integral part of his music making, avoiding trying to please others, bucking expectations through not setting any.

So far it’s worked well for the young Brooklynite, as his inaugural, ground shaking debut EP for Justin Carter and Eamon Harkin’s New York based Mister Saturday Night label has achieved monumental success. You know the Mad Disrespect story by now; Four Tet remixes, end of year lists and DJ sets at Panorama Bar all following in the aftermath of it’s release. Yet for all the acclaim that the last year’s brought him, this excursion on the newly established irregular label from Rubadub still clings to the enduring work ethic that’s prioritized music before image – there are no signs of slackness or disingenuous shrugs when it comes to his production, just three heavy cuts of no-nonsense, superbly layered house music that keeps their head down.

Though Naples resists categorizing his material as dance, house or electronica in favour of “alluding to that idea” instead, RAD AN1 has the most floor-friendly moments of his catalogue thus far. Lead track “Ill Still” erupts into a fragmented morse code epilepsy jam, shimmering warbled chords cemented by a walloping kickdrum. One of Naples’ greatest skills is the seemingly paradoxical quality of merging hypnotic, dusty sounds with an invigorating danceability, steering away from flash in the pan trends while also refusing to give in to retro fetishism.

Though his material always has an element of unbuffered roughness to it, there’s an underlying warmth underneath these tracks that rears its head more prominently than on Mad Disrespect. This is exemplified on “Faceless”, which employs some clanking metallic drums reminiscent of Gerry Read’s drunken-jazz-drummer-falling-down-the-stairs style of percussion. Led by a scrambled vocal moan that sweeps you into a tornado of movement, the strings warming things up slowly, pulsating towards a skittering piano-backed blissful moment of cohesion. It’s an easy track to close your eyes and get lost in.

Seemingly separate leftover bits and pieces hang onto the edge of these tracks, and considering that some of Naples earliest work was constructing “little loops of 8 bar things, nothing special at all” (his words), it’s possible that they’re esoteric drum patterns that never took flight. Naples has hinted before at making a full length release that’s not targeted at the dance floor, but it feels unlikely that this is what he’s talking about. Clocking in at around a minute each, these fragments lack the time needed to sink in. However, “I Don’t See Them” makes phenomenal use of its eight minutes, touting a churning baseline that ripples some murky dubby territory. There’s some remnant of Detroit lingering in the drums, like one of Rick Wade’s mellower moments run through a vacuum cleaner, or Kenny Dixon Jr. injected with an undercurrent of snarling menace underneath.

It’s interesting that someone who was raised in Florida states that he was pulled away to New York by something as quintessentially New York as a documentary about Larry Levan and the early days of the Paradise Garage, especially because Naples might be responsible for disseminating what future generations call the “NY sound” in a decade’s time. This RAD AN1 12″ is a profound bit of movement for Naples, one that could end up hurling him into further international acclaim in the long run. But given his persona, it seems like he’s content taking it one step at a time.