Rhythmic Theory – Legacy Of The Lost 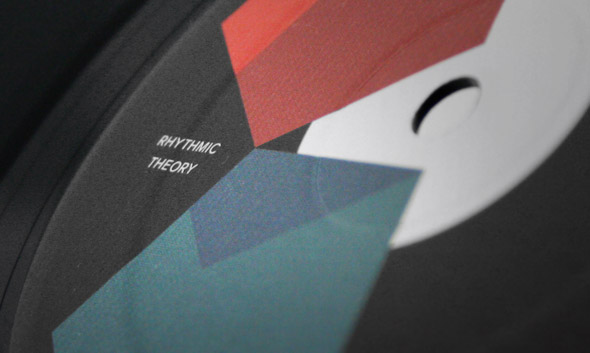 After a debut appearance on the intermittent BRSTL imprint, anonymous producer Rhythmic Theory makes good their allegiance to Bristol on Idle Hands, one of the city’s most noted outposts. Both that BRSTL drop and a subsequent stealthy 12” for an eponymous label have established that Rhythmic Theory is an artist keen to forge their own distinctive approach to deep, undulating techno rather than playing catch up with other more established presences in the West Country.

That said, this release further distils the redeeming qualities of Bristol music, from its individualistic stance upwards. Geographical scenes tend to be problematic in that shared characteristics imply repetition and mimicry amongst neighbouring artists, but as a case in point the qualities that have imbued New York City’s music over the decades share a common identifiable atmosphere just as they span genres from disco to no wave to hip hop to house. Likewise, Bristol music is made up of many different, unique beasts and yet they all sit together so well. Rhythmic Theory is yet another exponent of that addictive brew of moody, bass-led sounds and IDLE017 sees him hit something of a zenith in the headspace he seems to gravitate towards.

The very instant “Legacy Of The Lost” begins, the signs are all there. A malevolent jungle bass wobble pulses alone underneath an eerie pad, and for just a moment it could be the start of a set at Rage in 1992 (or perhaps Ruffneck Ting in 1996). Even once the slender 4/4 drums come slithering in the atmosphere retains that sense of mystery, and it’s only heightened by the addition of a high-register string note and dubby ripples.

As with the previous Rhythmic Theory releases, there’s a certain amount of austerity that informs the structure of the tracks, and it’s an approach that fits in neatly with the trajectory of Idle Hands when you consider the work of artists such as Kowton, Szare and AnD. That said, there’s still a powerful energy worked into the spaces between the lead sounds, such as the subtle drum roll that comes in for the final third of the track or the off-key synth note that steadily rises up to the abrupt breakdown.

“Riveted” seems less concerned with masking its content, made no more apparent than in the upfront intro of raw-as-you-like drums spitting with venomous intent at the very front of the mix. This track is all about the beat, not least when it sports such a fine, crisp snare that makes the whole groove feel like a breakbeat held captive in a house framework, straining at the bars to try and wriggle free. The synth elements take on a more abstract tone in this track, used as extra accents on the rhythm bar a thoroughly suppressed pad that recognises its place and stands well back from the brawling percussion.

Marrying maturity and finesse with brute force is not an easy achievement in electronic music, but it’s hard to dispute that Rhythmic Theory seems to be nailing the dualistic approach more with every release. If this is just the third release from the ghost-like artist, it’s exciting to consider where the project might lead from here.

A. Legacy Of The Lost
B. Riveted