Listen to the new Testpressing material from Demdike Stare 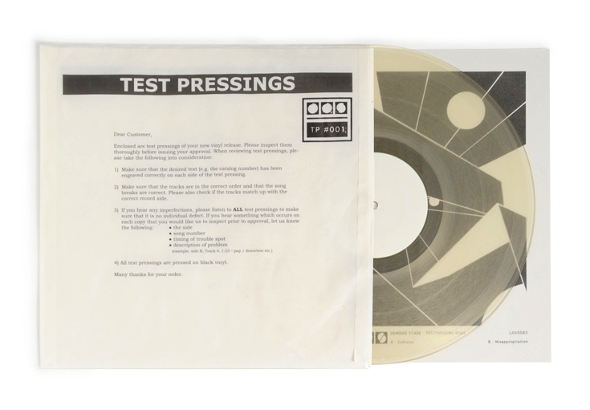 Miles Whittaker and Sean Canty return as Demdike Stare with the launch of Modern Love’s new Testpressing series – you hear the first release in full here.

The Testpressing series is described by Modern Love as an outlet for Demdike Stare’s most “untamed” creations, and both tracks on this debut 12″ set the tone accordingly. There have been plenty of words spilled about the electronic music and noise music spheres drawing ever closer lately, but the appropriately titled “Collision” seems to capture these two forces in perfect unison as vintage jungle breaks are mangled cacophonously with Pansonic-esque harsh white noise. “Misappropriation” meanwhile sounds reminiscent of the eeriest, skin crawling moments from their Tryptych trilogy of imaginary horror soundtracks, and the superb artwork only seals the deal..