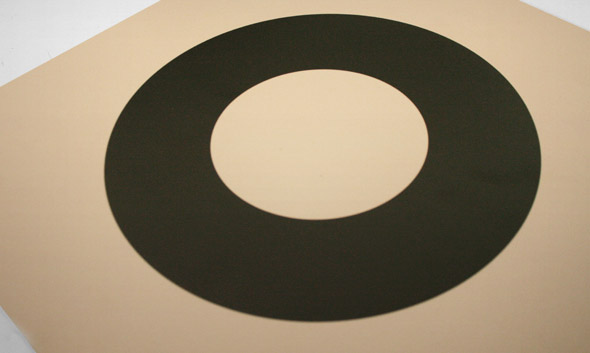 Blawan’s gradual shift in sound to full-blown techno has been a positive and sometimes entertaining development. It was amusing to read some of the comments beside the South Yorkshireman’s set for Boiler Room last year, especially the remarks about the wild new music he was playing, when in reality he was dropping hard grooves from long-forgotten labels like the Integrale Muzique affiliated Sheep.

Having experienced many trends coming and going, this writer is always cautious when an existing style is pushed back to the centre stage – or in the case of Blawan’s Black Country tastes, when it occupies the limelight for the first time. As any former minimal house producer will attest – although there are no current minimal artists as they’ve all gone deeeeeeep – being the subject of hype is a mixed blessing. It’s something that any electroclash or hip-house artist will agree on.

But Works The Long Nights seems to evade getting caught up in the cyclical nature of electronic music for one crucial reason: Blawan and Pariah get input from those who were involved first time round. It’s for that reason that Dublin veteran Sunil Sharpe has contributed to the label, and on this release, Surgeon collaborates with Blawan under the name Trade.

The resultant four tracks show it to be a harmonious meeting of minds; “Half Nelson” sees spliced up vocals appearing under the storming beats – ostensibly a nuance from the label owner – and as the track progresses, it’s Surgeon’s turn to drop his signature sprawling, eerie textures. “Positive Neckline” has the same kind of driving relentlessness as classic Downwards, but the beats and rhythm are lighter, less intense and the skipping percussive ticks are a byproduct of Blawan’s bass music past. “I Notice You All” sees the duo drop broken beats and a bassline so viscous and grungy, it could be mistaken for an oil slick. The end result is a jarring distant cousin of A Made Up Sound’s ‘Rear Window’.

But the standout cut is “Touch This Skin”. Its rhythm is loose yet tracky, the filter cavernous and spacey, and after two minutes a wall of fuzzy bass and classic Plastikman-style snares creep in to send it rushing through the wormhole. The circle is finally complete.

A1. Half Nelson
A2. Positive Neckline
B1. Touch This Skin
B2. I Notice You All