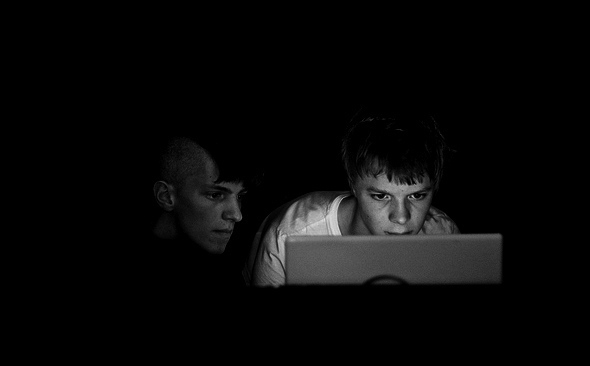 Young Echo duo Zhou will make their return to the Punch Drunk imprint with Locust Tree.

Overseen by Peverelist, the Bristol based Punch Drunk has in recent years operated on an intermittent basis which clearly places more emphasis on quality than quantity. Last year saw just three releases surface on the label, a fine Tessela 12″ complemented by Bass Clef’s superlative Reeling Skullways album and a second volume of Ekoplekz’s Intrusive Incidentalz.

The forthcoming Locust Tree marks the second release on Punch Drunk for former Juno Plus podcasters Zhou, who offered the first tangible example of their talent with the 2011 released I Remain 12″. In the subsequent period, Ishan Sound and Amos’s work as part of Young Echo alongside Vessel, El Kid and Kahn has seen the sprawling collective become a prominent and eminently experimental part of Bristol’s effervescent music scene.

Much like their Punch Drunk debut, both “Locust Tree” and it’s accompany dub version seem to find a balance between paying heed to the traditional soundsystem heritage of Peverelist’s label and maintaining their own experimental urges – you can stream both tracks below.

Punch Drunk will release Locust Tree by Zhou across 12″ and digital formats on March 4.